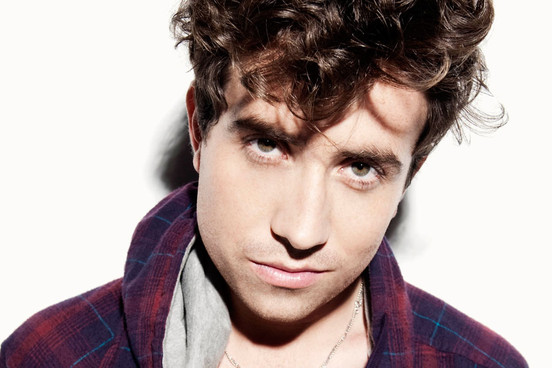 Was it poor marketing by Pontio or the apathy of students that caused the R1 night to be cancelled?

So, this article was intended to be a review of the Nick Grimshaw night that was to be hosted by the highly controversial, vastly criticised and all-round success that is Pontio (sarcasm warning). However, due to what those in charge called an unexpected lack of interest, the night was unfortunately cancelled and handed over to the apparently more capable hands of Northampton University. But were the students really to blame or did the fault lie with Pontio’s marketing? Let’s discuss – and I promise to be as neutral as possible.

As we’re all no doubt aware, Bangor is, at times, seriously lacking things to do. Two years ago it was the host of Radio 1’s Big Weekend which was a massive success and hope for us all that our small city in the top corner of Wales would finally be put on the map and attract more business and entertainment. And in it way, it did. R1 DJ Zane Lowe made his second appearance in Bangor this semester with his night in Embassy after attending the 2011 Summer Ball. Other notable nights in Bangor that have hosted famous DJs are Octagon’s Radio 1 Comedy Dave and Dom event and Embassy’s hosting of Radio 1’s Fabio. With all this attention from the country’s most listened to radio station, it’s no surprise that Pontio wanted to get in on the action. What Pontio had in store was bigger and more ambitious, though unlike all these other nights that went ahead, Pontio’s affair with a R1 DJ was not meant to be.

The Grimmy gig was planned for Paddy’s night, notorious for all-day drinking, some students saw this as the perfect date to host the event, while others thought it was a disaster. One student told me, “It’s on Paddy’s! I plan to be passed out by midday!”. Needless to say she wasn’t planning on going – and she wasn’t alone. However, many others were more optimistic about their alcoholic capabilities and purchased their tickets weeks before. Now, the main cause of the cancellation was that not enough tickets were sold in the pre-sale; but can students be blamed? “What’s the point in buying one now when it’s the same price on the door?” a friend of mine said to me during my plea to boost sales, and what an excellent point. If you’re relying on the pre-sale figures, then you’ve got to offer an incentive. £2 off would have perhaps done the trick.

Though it’s possible Pontio were expecting the event to sell itself, after all, it was hosting not only Nick, but two upcoming bands and Bangor’s very own Deaf by Disco and Lost Property DJ sets – all for a very fair £10 (considering Embassy’s Zane Lowe night was initially £20, this was a brilliant deal). The poster was well designed as well, and it was hard to go anywhere in town without seeing it. So what went wrong?
A major flaw was undeniably the Facebook event. The name had brackets and exclamation marks thrown at it like it was titled by a 5-year-old, and who could forget the final nail in the coffin that was the message sent to all invited, sealing its doom in an attempt to increase ticket sales:
“Due to struggling ticket sales, it looks like we may have to pull the Grimshaw gig. We have until 5pm tonight to up the number of buyers and fans or it’s likely we’ll have to cancel please spread the word”

Who in their right mind thought that was a good idea? A lie would have been more preferable and probably would have resulted in the outcome they were looking for, ‘not many tickets left now, best had hurry to get yours!’. Instead, this foolish move resulted in a backlash, it was received as a warning to those who hadn’t bought tickets to stay clear and caused panic amongst those who had already handed over their cash. ‘Nick Grimshaw (& friends) Bangor!!!!!!!!!!!!!’ was no more.

A spokesperson for Pontio said “The outcome of the Nick Grimshaw gig was disappointing and we know there are lessons that need to be learned. The decision to pull the event was a financial one because with just 37 tickets sold out of a total of 700 with only 5 days to go, we had to justify that the night would be a success. We also wanted to be honest with the students as to why it was cancelled”
It was also stated that St. Patrick’s day was the only available date. I think it’s fair to say that 37 tickets sold for what could have been a brilliant gig is shameful and embarrassing, though we will never know how many people would have turned up on the night, given that tickets were on sale on the door. Promisingly, the spokesperson for Pontio also gave us this reassurance:
“We are looking to work more closely with students in programming future events. Currently we run two seasons of student-programmed cinema a year, for example, and we are in discussions with the SU to provide Bangor, this year with the best Summer Ball yet . Pontio has much to offer students, and together we will pull through these early teething problems.”
I think I speak for us all when I say that I would like to see Pontio working more with students when it comes to events like this. After all, who knows students and how to appeal to them better than students themselves?

The Grimshaw night had the potential to be a really good event for Bangor. Ever desperate for more live music and decent nights out, the line-up for this was just what we needed. Those who weren’t intending on going were certainly missing out, though eventually we all did. I hope, in future, we students can appreciate when something good is heading our way, instead of continually moaning about how nothing happens here. And as for Pontio, it would be foolish for them to not learn from the mistakes made here this year, but I also hope what transpired hasn’t deterred them from hosting amazing events in the near and distant future. So, all eyes are on Summer Ball, let’s hope Pontio pulls through.