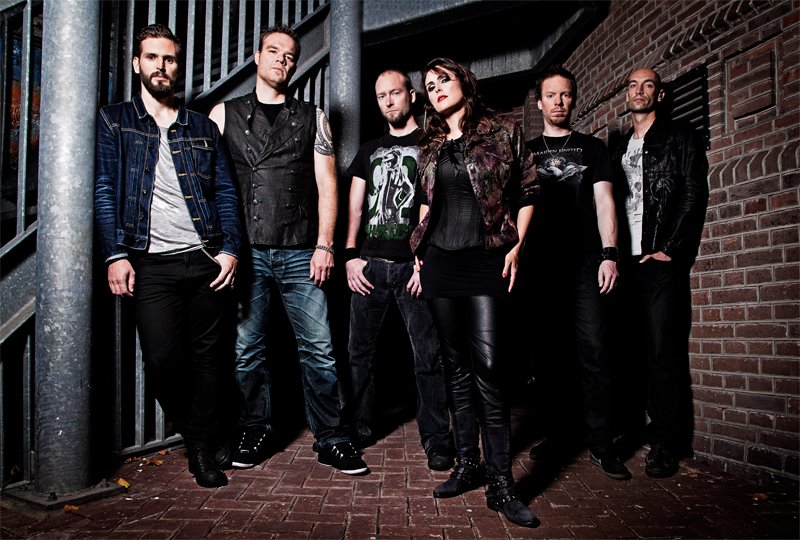 I was lucky enough to come across Within Temptation, a symphonic metal band from Holland, about five years ago. It was when I was going through my ‘goth’ stage, one I thankfully left behind (well, mostly) and my friend introduced me to them. This was the same friend that had introduced me to Nightwish, arguably Within Temptation’s Finnish counterparts, a year or so earlier. At first I admit, I was only into a few songs; namely ‘Stand My Ground’ and ‘Angels’ – the ones that Kerrang TV played most often. The first time she went to see them live I declined thinking I didn’t like the band enough to pay £20 and trail all the way to Manchester.  Then I saw them at Download Festival; they were amazing. I attended their next Manchester gig with her, probably a year later, with the mindset that I still didn’t really like them that much. Things have changed.

There are about three, maybe four, bands that I will go see live without fail when they return to the UK; Within Temptation are one of them. Their shows are always amazing, their choice of background videos intriguing and, in my opinion, this latest album their best yet. When it was announced that lead guitarist, Robert Westerholt, would be pulling out of the tours to stay at home and look after his and lead singer Sharon’s kids, I have to admit I was disappointed. It was of course great to see him prioritising his family without Sharon having to sacrifice the tours, but I was worried it just wouldn’t be the same anymore.

How wrong was I? Selling out Manchester’s Academy One, Within Temptation put on one hell of a show and that was with Sharon claiming to have problems with her voice that night. In traditional Within Temptation style there were screens behind them that displayed different videos or graphics throughout the night; the highlights were the displays of the short films that the band have released alongside their singles.

The show kicked off with the ‘Mother Maiden’ video, the first short movie to be released as a part of the album’s ‘concept’, and then went straight into ‘Shot In the Dark’; the first song off of the album. The band played a mixture of songs, old and new with particular fan favourites being ‘Sinead’, ‘Mother Earth’ and ‘Angels’. It was a brilliant set coupled with an amazing performance from not only Sharon but the entire band. After time out Within Temptation are definitely ready to dominate the symphonic scene.