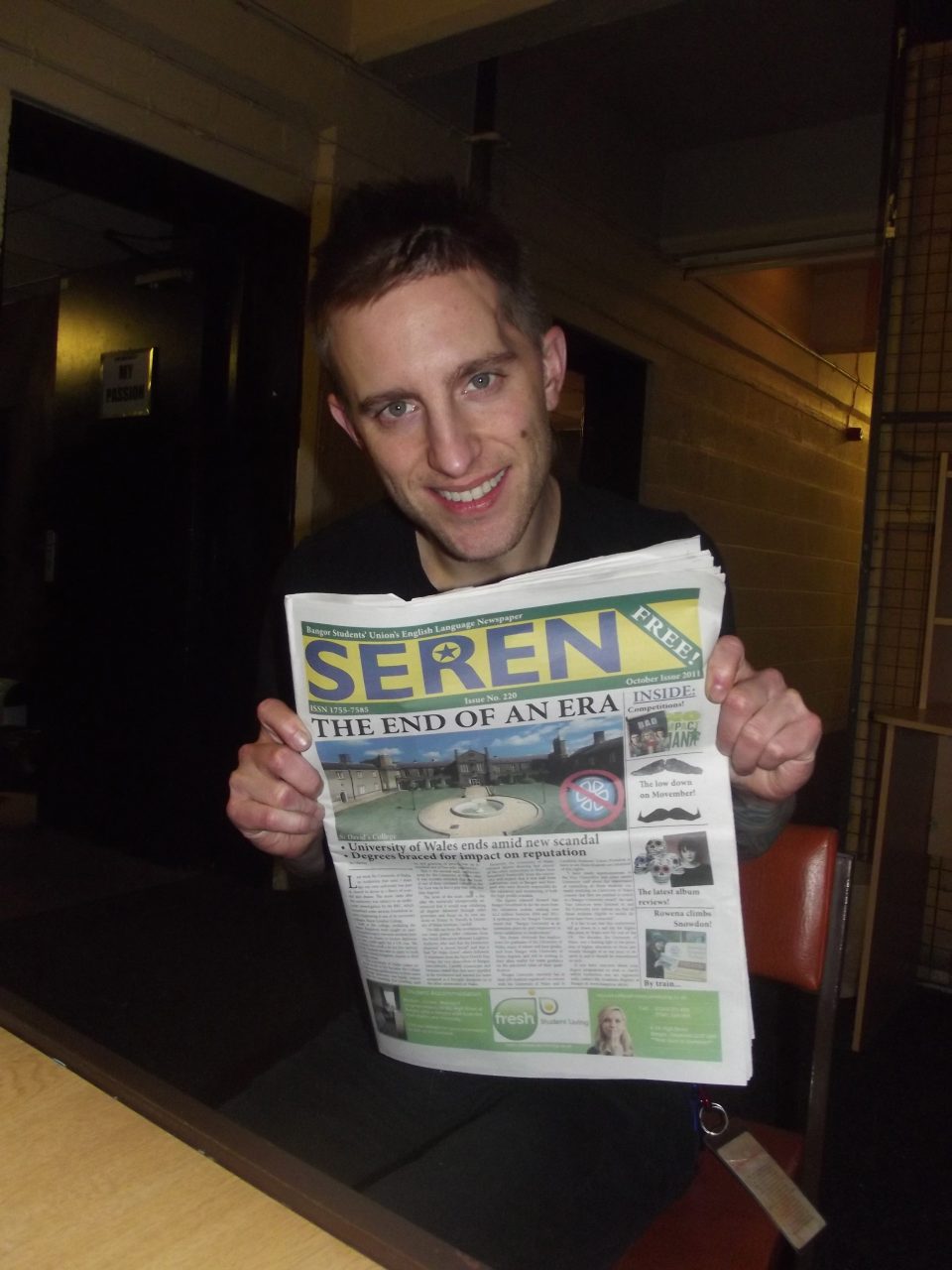 Following an unexpected year out, a year that the band refers to as Matthew’s ‘trip to Disneyland’, Madina Lake are back on the road promoting their third studio album. ‘World War III’ has been a long time coming after bassist Matthew Leone was critically injured trying to stop a woman being beaten by her husband on the streets of Chicago.  Matthew took some time out of his busy schedule and sat down to speak to LJ Taylor at their recent Sheffield gig.

So what made you guys want to get into the music industry?
Music is just sort of on and around in your world; it acts as a backdrop to all the experiences that you have. It becomes something that timestamps all those good times that you have. As you go deeper you invest more into it emotionally and you realise it resonates with you. Whoever your favourite band are at the time…you feel they are speaking directly to you; you’re just fully seduced by it, that’s what happened to each of us individually and we found each other.

Are you going to be working on a new album anytime soon or just focusing on touring?
We’re just gonna tour for about a year. We’re always writing. When inspiration hits, you know? You can’t really just expect it to hit when you have two months off to write it.

Have you discovered any new bands lately that you’ve been inspired by?
Smashing Pumpkins, always an inspiration. Foxy Shazam are a new band that we’re into. MC Run. AWOL Nation. Rock music is in a really weakened state right now and those guys are taking it into an interesting direction.

Yeah, there’s a lot of sub genres going on at the moment.
Yeah! Sub genre after sub genre, its like a micro mix!

So, reality TV musicians? Here in the UK a lot of our muscians seem to come from reality TV these days, I know you and Nathan (his twin brother, Madina Lake’s lead singer) did Fear Factor but you didn’t join a band out of it.
(laughs) Yeah, we did that just for a joke, we weren’t even in a band yet. I think it’s crap. It’s like these, you can’t even call them musicians, you can’t call them artists; they are singers, or performers – they don’t write their own music. It sucks because it’s a result of  well, America is the guilty culprit; that obsession with celebrities. It’s a horrible lifestyle to enact, I know it sounds really judgmental, to each his own of course, but it’s sort of like you’re idolising something that’s not real. If you’re trying to achieve something that’s artificial, you’re just chasing…it’s a futile task.

Are you excited to be back?
Yeah, very much so; this was…you know after an unexpected year off we all realised that this band is something that we need…bad. So to be back is good.

It’s been quite a while, after your trip to ‘Disneyland’, but it’s great to see you back and still strong, still the same guys, same band.
Yeah! Thank you. It’s awesome to hear that. We’re very lucky and we’re very happy with the record. To make it to a third record we feel is an achievement, and for 3rd to be our favourite…

And you’re still the same humble guys, dedicated to your fans…
Its great to hear you say that cause we’ve always been a band who really loved and respected…we don’t call fans ‘fans’…we’re friends…we connect, we have something in common. When we needed you guys, you were there. It means the world (Sweet Relief Fund that fans set up to pay for Matthew’s hospital funds) and we’re eternally grateful.

Once the interview was over we hugged. I left. The show was amazing. Madina are well and truly back.