Places to Visit with Historical Interests 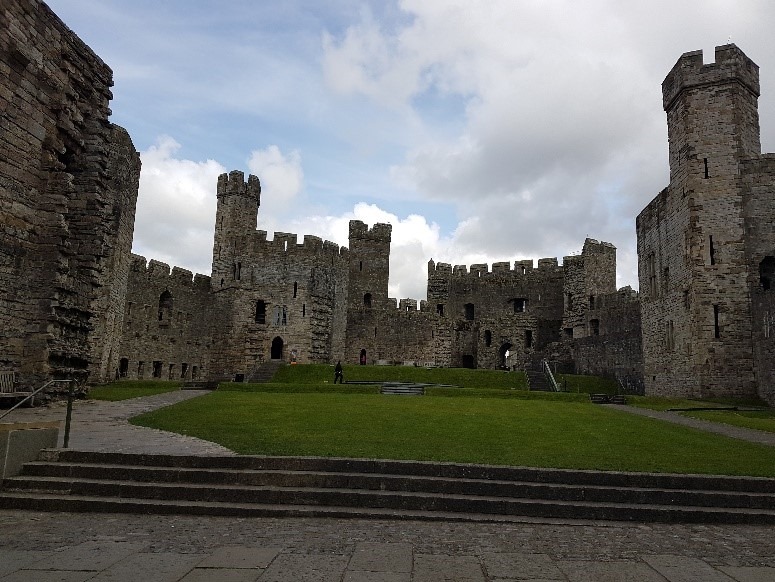 North Wales is a place rich in culture. Every summer, we have a food festival and every October there is a fun fair in Menai Bridge. Aside from these enticing activities there are many places of cultural interest.

Side note –The majority of the castles in Wales were part of Edward I’s campaign to conquer North Wales and also the majority were a part of the Owain Glyndwr Rebellion. 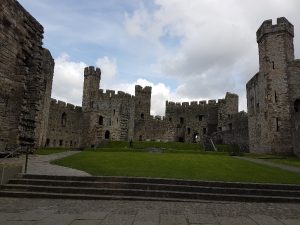 Caernarfon Castle is a UNESCO World Heritage site, that has recently been used as a film location for season 3 of The Crown. It was used as King Edward I of England’s administrative centre of North Wales until it was sacked in 1294 during a rebellion led by Madog Ap Llywelyn. The castle was besieged again during the Glyndŵr Rising during 1400-1415 led by Owain Glyndŵr. During the English Civil War, the Castle was held by Royalists and was besieged on three occasions by the Parliamentarian forces, the Castle was surrendered in 1646 by John Byron, 1st Baron Byron. In 1911 Caernarfon Castle played host to the investiture of The Prince of Wales, Prince Edward, then again in 1969 for the investiture of Prince Charles. 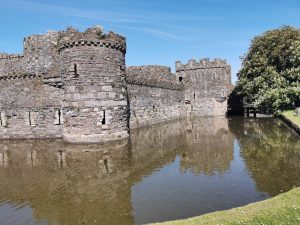 Beaumaris Castle is an incomplete 13th Century Castle that was built during Edward I’s Campaign to conquer North Wales. In 1403 the Castle was captured during the Glyndŵr Rising as was reclaimed by English forces in 1405. However, the reason the Castle was never completed was due to funds being redirected to fund King Edward’s Scottish Campaign and never being reinvested. Beaumaris Castle played a strategic role during the English Civil War, reason being that it controlled the route between the King’s bases in Ireland and England. Thomas Bulkeley (the Bulkeley family have been involved in the management of the Castle for centuries) spent an estimated £3,000 improving the Castle’s defences, and held it for the king until it was surrendered by Colonel Richard Bulkeley in 1646. In 1648 Royalist reoccupied the Castle only to surrender again in October that year.

In 1807 the Caste was bought from the crown by Lord Thomas Bulkeley for a sum of £735.  In 1832 it played host to the National Eisteddfod Festival and has been subject of many paintings over the years. 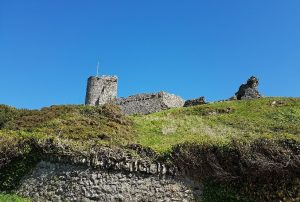 Cricceth Castle was built by Llywelyn the Great and captured by Edward I in 1283. The style of this castle differs from other native Welsh strongholds. One of the biggest differences is that this Castle was built with a gatehouse in its inner ward and has twin D-shape towers which in turn are protected by a gate and Portcullis. Cricceth Castle was used as a prison until it was captured by Welsh forces during the Rebellion of Owain Glydwr. The Castle was then torn down and set alight. If you look closely, there is still evidence of scorch marks on the stonework!

Harlech castle is by far the most interesting. Situated on top of a rock and close to the Irish Sea. If you look across the sea and in the distance, Harlech Castle can also be seen from the Cadwaladers Ice Cream Parlour in Cricceth.

This Castle was built in the 13th century between 1282-89 and had an eventful history. Whilst the Castle withstood the siege of Madog ap Llywelyn in 1295, it was captured during the rebellion of Owain Glyndwr in 1404 and was used as his headquarters and residence. During the War of the Roses in the 15th Century, the Castle was held by Lancastrian forces for seven years before they were forced to surrender to the Yorkists in 1468. This siege has been remembered in the song Men of Harlech. During the English Civil War, the Castle was held by the Royalists until it fell to the Parliamentary forces in 1647. Harlech Castle was the last Royalist stronghold to surrender during the Civil War. After if fell to the Parliamentarians, it was ordered that the Castle be destroyed, however, that was only partially carried out. 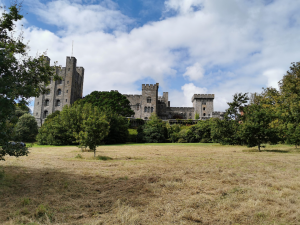 Penrhyn Castle is in reality a country house. The current structure was built between 1822-37 for George Hay Dawkins-Pennant who inherited the Penryn estate from his cousin, the 1st Baron Penryn. Penrhyn Castle has links to the Jamaican Slave Trade as the 1st Baron Penrhyn had inherited his fortune through the trade but also through the local slate quarries. The Castle does not only boast a picturesque countryside view where The Menai Straits, Snowdonia Mountains and Puffin Island are visible, but it also has a wonderful art collection, with collections by artists such as Canaletto and Rembrandt. The Castle gardens are also a sight to behold, featuring a walled garden and woodland walks. 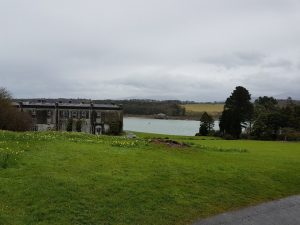 Plas Newydd is a Grade I listed country house in Llanfair­pwllgwyngyll­gogery­chwyrn­drobwll­llan­tysilio­gogo­goch, – the village with the longest name in both the United Kingdom and the world. The house has its origin in the 15th century and has since been owned by the Griffiths Family, Baylys Family and the Paget Family. The house is also the country seat of the Marquises of Anglesey. One of the most notable Marquis of Anglesey is Henry William Paget. Due to his heroics during the Battle of Waterloo he was given the title 1st Marquis of Anglesey. There is an infamous anecdote attached to Henry William Paget and the Battle of Waterloo, where he lost his right leg in a cannon blast. I recommend that you visit Plas Newydd to learn about this anecdote and the exchange between Henry William Paget and Admiral Nelson.

One of the most unique and interesting features of Plas Newydd is the Rex Whistler painting. It is a Trompe-l’oeil seascape painting that has a lot of personal features to the Paget family and hidden joke gems. This painting fills the whole wall of the dining room. It is a really unique room, especially as the ceiling design itself is painted to a mirrored design to match the seascape. Rex Whistler himself died during World War I in Normandy when a mortar bomb exploded next to him as he was climbing down from his tank that had become tangled in a felled telegraph wire.

Plas Newydd also has an extensive parkland and garden on the side of the Menai Straits. It really is a beautiful site and highly recommended.