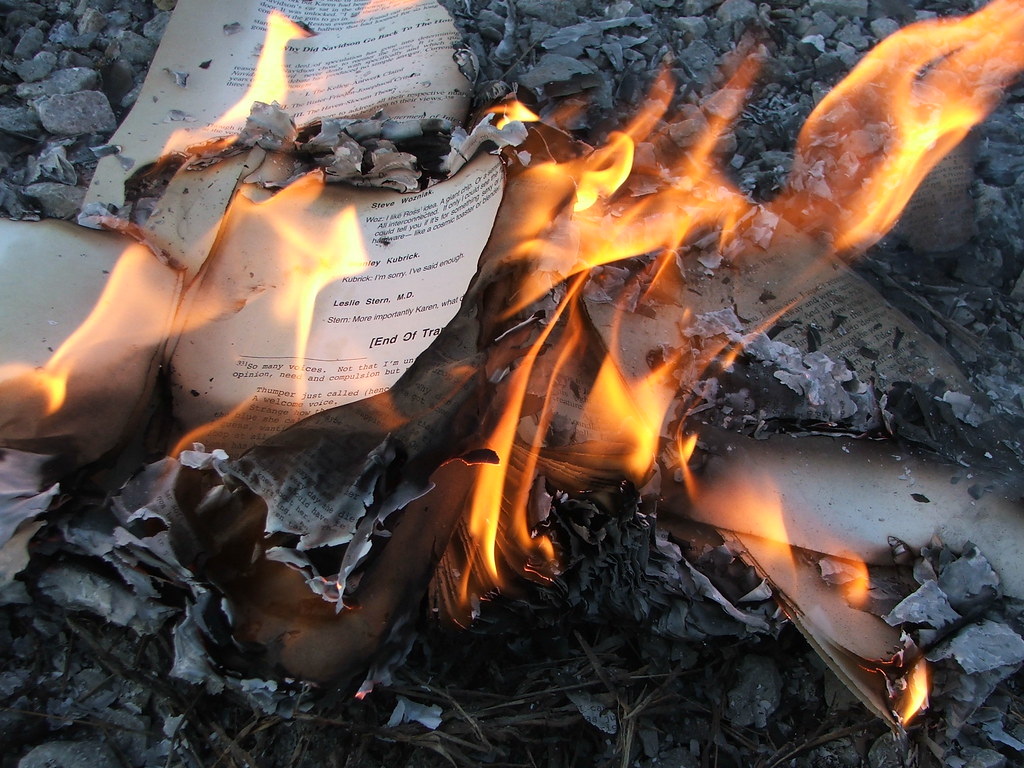 Death of the Author

“Hogwarts didn’t always have bathrooms. Before adopting Muggle plumbing methods in the eighteenth century, witches and wizards simply relieved themselves wherever they stood, and vanished the evidence. #NationalTriviaDay”

This tweet caused volumes of internet scorn, from incredulous fans who never wanted to know such a detail, to an outpouring of despair-filled memes. No-one wanted to know this, and yet Rowling chose to bless us anyway with her divine wisdom. Which brought up the question, one that had been in the back of many of our heads for a long time: twelve years on, is it finally time to kill the author?

A Brief History of Death of the Author

“Death of the Author” as a literary critical theory, comes from a 1967 essay by French literary theorist Roland Barthes, “La morte de l’auteur”, and was published in English the following year. Simply put, the theory is thus: readers should not focus on what the authors’ intent was when writing a text, and instead only focus on what the text itself says and means to the reader – essentially, emancipating the text from the author that put it into the world.

This idea came about due to the movements away from structuralism in French academia in the 1960’s, especially in the humanities. Post-structural thought, pioneered by Barthes and other thinkers such as Foucault and Derrida, posited that one could not make assumptions about a person or their intent in their work because of their background, or based on very broad assumptions of how they felt due to historic generalisations. Barthes’s own specific thoughts on the matter were:

“Writing is that neutral, composite, oblique space where our subject slips away, the negative where all identity is lost, starting with the very identity of the body of writing.”

Barthes’s fundamental argument was that a piece of art – whether it be novel, film, painting, or anything else – is completely divorced from its creator and should not be studied exclusively within the context of an author’s life. That when art is put out in the world, it is only there to be consumed and interpreted by people, and that the author no longer has any remaining control over the piece or what people think of the piece.

In other words, the author is dead.

It’s difficult to have any discussion applying ‘death of the author’ to modern literature, as it is unlikely that any of these mid-century French academic anticipated the rise of pop culture literature and the phenomenon created by Harry Potter, nor could they have guessed that one day communication with an extremely popular author would be so easy and instant, especially with an author as open to answering any burning question a fan might have about a finished series as Rowling is.

Rowling has been active on Twitter on her personal account, with 14.6 million followers, and she has her own site – with its own Twitter account – dedicated to the Harry Potter extended lore. As such, with new information coming out about the Wizarding World over a decade later, it is hard to feel you have a relationship exclusively with the series without including Rowling in the equation.

Rowling’s influence over the series beyond just writing the books is actually unprecedented. Other similar authors from the same era, such as Rick Riordan (Percy Jackson and the Olympians) and Stephanie Meyer (Twilight), do not have nearly the same control over their works as Rowling has. While Riordan does occasionally answer fan questions on his Twitter, there was certainly no chance of either authors penning the scripts of their movie adaptations, or writing/producing their own franchise prequel series, the way Rowling has. Rowling has baked herself into the very identity of Harry Potter, presenting herself as the ultimate authority, with no room for personal interpretation or disagreement.

Which has not gone unnoticed, or without controversy.

The greatest criticism of Rowling’s post-book series authorship is her sometimes well-meaning, but now totally irrelevant, way of inserting fact into the books post-publication, even a decade later. There was a light criticism in December of 2014 when in response to a fan tweet, she proclaimed that there was, and had always been one Jewish wizard at Hogwarts. The criticism was not at all about Rowling including Jewish characters, but of her retroactively creating one, seemingly out of the blue, and saying that he’d been there the whole time.

This ties into the whole “Why didn’t you just say Dumbledore was gay if that’s how you imagined him the whole time?” issue- but a better example of how Rowling uses authorial intent without thinking, is when she explicitly declared being a werewolf as an analogy for the stigma of being diagnosed with HIV/AIDS. Considering that after Remus Lupin, Rowling’ next most famous werewolf character is a predator whose evil intent is to deliberately spread his life-altering disease to as many children as possible… yikes.

So the argument is, twelve years on, is it finally time to declare that Rowling has no more control over the series?

Well, one can try, but in a constantly communicating world, it is almost impossible to consume text without influence from the author. Authorial intent is baked into how we consume art, and not always in a harmless, groan-inducing way we consume Rowling’s tweets.

Death of the author has been used as a lazy excuse so we don’t have to re-examine the things that we like, but the truth is, it’s a critical approach, not an excuse so people can still enjoy a Hitchcock, a Kubrick or a Polanski movie without guilt.

Try as we might, we cannot kill the author. We can only emancipate the text, but the author – and what they say and do – will always be there.