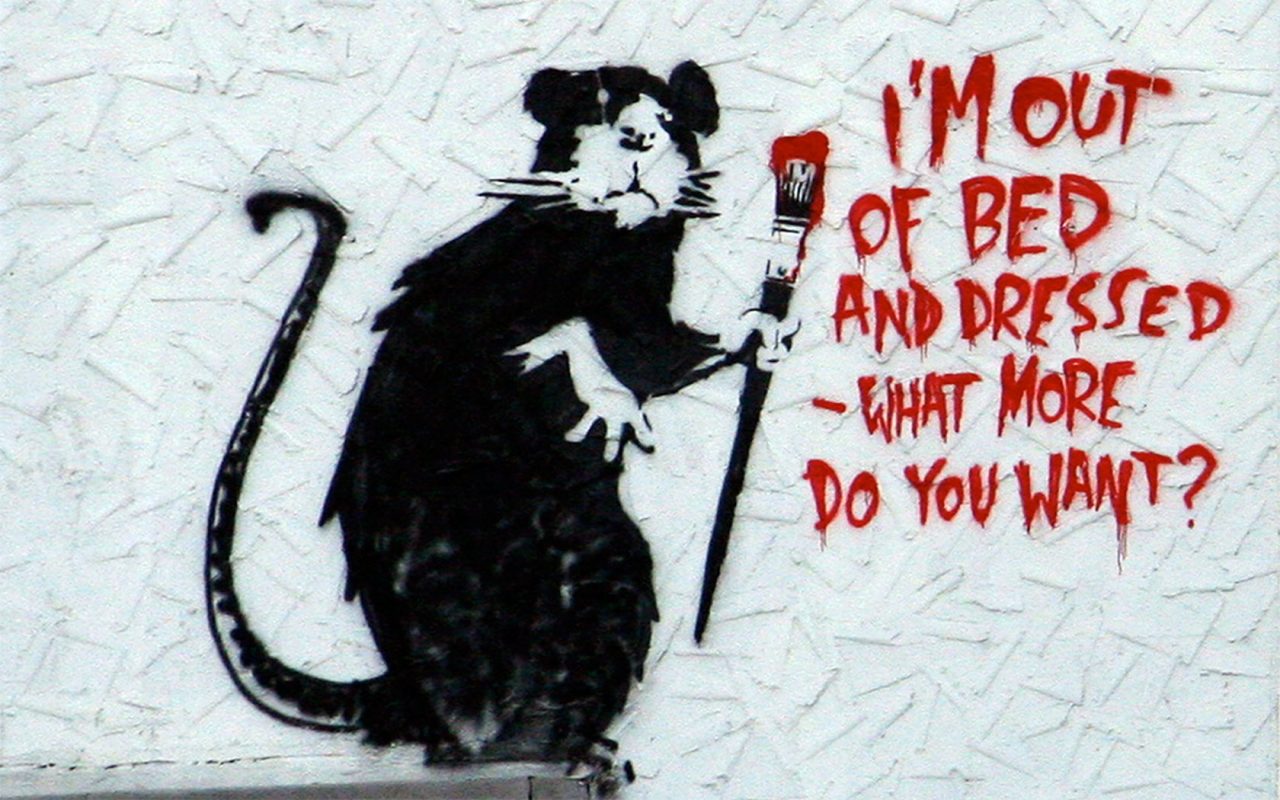 Banksy is the pseudonym of an infamous graffiti artist, political activist, film director, and painter. Although his identity has not been proven, sources claim he is Robert Gunningham, a former public schoolboy from Bristol Cathedral Choir School.

His career started in the early 90s as a freehand graffiti artist. From 1990–1994 he was a member of Bristol’s DryBreadZ Crew (DBZ), with two other members, Kato and Tes.

His work eventually became known to be part of the Bristol underground scene—drum and bass music and graffiti typical of urban culture in the city.

One of the founding members of the English band Massive Attack, Robert Del Naja, was known as 3D in this early era and is cited as an inspiration for Banksy.

Other links to the music world include Banksy’s work being used as album cover art during this period. This is the main reason he was attributed to the underground scene in his home city.

The technique Banksy is most well-known for is his stencilling. He has said that he realised how much faster this was to his previous freehand techniques. He didn’t start stencilling until the end of the 90s.

Unfortunately, one of Banksy’s earliest pieces, Gorilla in a Pink Mask, was covered in white emulsion paint in 2011 by the unknowing new owner of the building whose wall was used as the canvas.

The recovery price is estimated to be thousands of pounds, but this pales in comparison to the six-figure price tags Banksy’s work has fetched at auction.