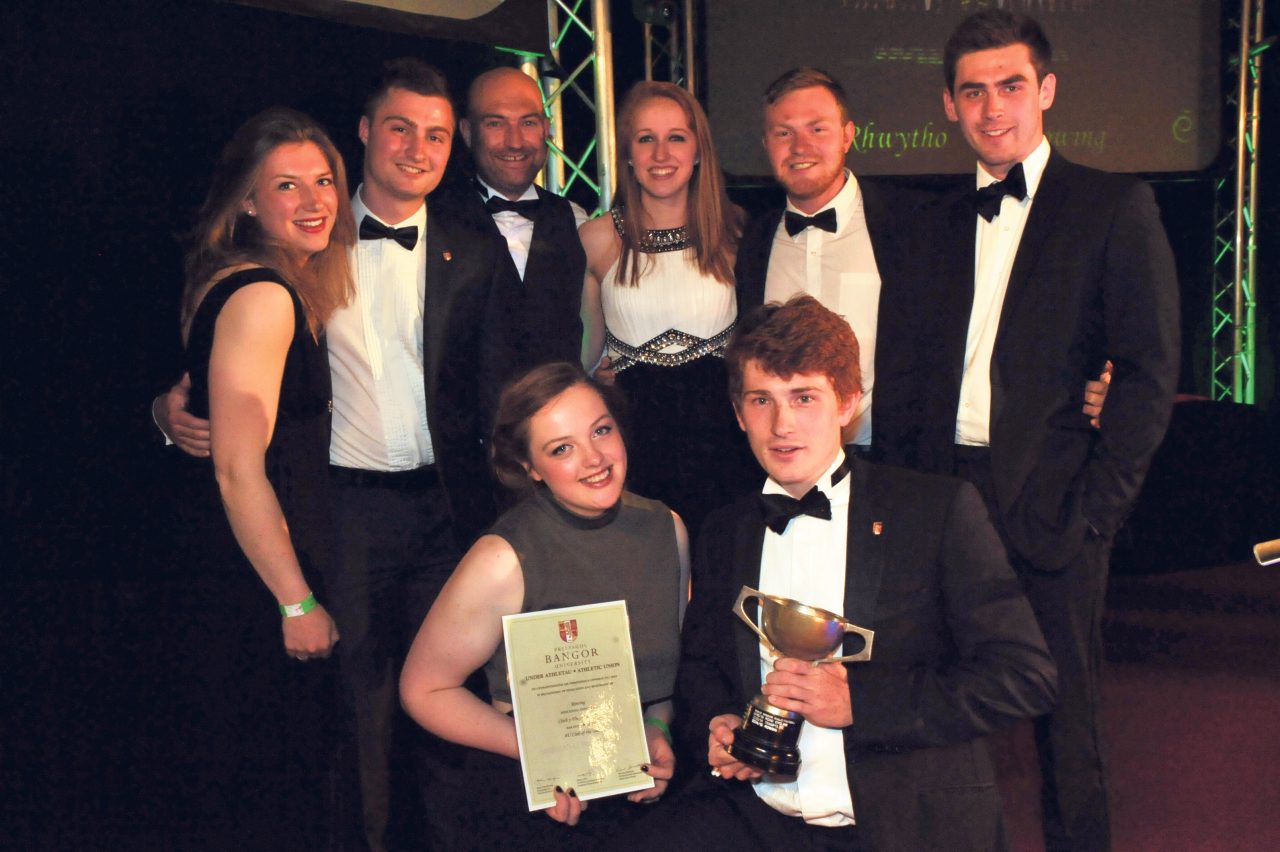 As the sporting year comes to a close, we look at Bangor Athletic Union’s achievements over the past year.

On the pitch, Bangor have performed particularly well in the BUCS leagues, with both Men’s Badminton 1sts and Women’s Squash winning their Northern 2A leagues and gaining promotion to Northern 1A. Next season, there will be four Bangor teams competing in the first division, with Women’s Basketball losing on the final day of the season to miss out on the title and promotion to the Premier, while Futsal drop down into Northern 1A following their relegation play-off in the Premier. Men’s Table Tennis also secured promotion to Northern 2A after finishing second in their league. At the start of last season, only two BUCS teams completed at Northern 1A or above, so this season has shown a marked improvement in Bangor’s standards.

There were also achievements in the cup for Women’s Squash, who did the double this season by adding the BUCS Northern Conference Cup to their Northern 2A title. Men’s Badminton also reached the final of the cup, but unfortunately lost out narrowly to the University of York. Men’s Table Tennis and Women’s Volleyball both reached the semi-final stage.

Unfortunately, these BUCS points have not translated into significant advances in the BUCS league tables, with Bangor finishing 67th, an improvement of one place on the 68th place they finished in the previous two years. Although leading rivals Aberystwyth for much of the season, a late surge from Bangor’s Varsity rivals saw them once again finish ahead of Bangor by two places. However, it is interesting to note that Bangor finished 15th out of 36 Northern universities, while Aber finished 13th out of 23 universities.

Despite the slender lead Aber hold in the BUCS table, Bangor dominated their local rivals at Varsity 2015, with the score 28 – 11 to the hosts. This was the biggest margin of victory in Varsity history, with Bangor winning by double Aber’s score. The event was also a success off the field, with the day hosting more ev
ents than in previous years and including tie-ins with the Out In Sport campaign, which included athletes wearing rainbow laces and club captains signing a pledge on behalf of their clubs.

Other charity support throughout the year included Movember, FeBRAry and RNLI fundraising. Movember, which promotes men’s health raised money via Athletic Union events including a themed AU Night, t-shirt sales and quizzes. FeBRAry raises awareness and funds for Breast Cancer Awareness. The Netball club, who were recently awarded the Steve Connor – Spirit of the Athletic Union Award, hosted a charity netball tournament, as well as promoting t-shirt sales and a themed AU Night organised by the Lacrosse club. Another themed AU Night in September raised money for the RNLI by bucket collections. Recently crowned Club of the Year, Bangor University Rowing Club, raised money for charity by completing a 24 hour rowathon at Serendipity 2. The rowing club have also attended more competitions, recruited and trained more members, and won more competitions than in previous years to see themselves awarded with the title of the Club of the Year.