Trending
You are at:Home»Sport»Touchdown for the MudDogs or are they still flying high? 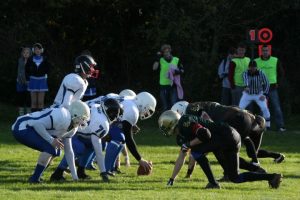 With the MudDogs’ most successful season just passing, with a record of five wins to three losses, the management team have turned their sights to this season, hoping to carry on that form and improve upon it. With three seasons under their belt, they are confident, with addition of new guys mixed with more experienced head, they can translate all they have learnt into a high performance season, ending in playoff competitions. Intake of new guys this season has been helped dramatically by the lowering of societies fees, however, an outlay of about £100 is still required for kit etc. Also, with an increase in popularity of the sport, more people are joining having played prior to coming to university, meaning the quality of play is always on the rise.

However, the end of last season saw a lot of the more experienced lads graduating, thus leaving a hole in the squad. One such example is Tom ‘Delilah’ Jones. Having played for a full three years, he has seen the team grow from its roots up, captaining them to their incredible success of last year. He, however, has taken to coaching the team, unable to remove himself from the sport due to the massive impact it had upon him. As he told many stories of great times gone by, he kept resonating a desire to be playing again, speaking of the time spent playing as the ‘best feeling in the world’ in which you are ‘always watching each other’s backs’. The amount of fond memories Delilah was able to recount was incredible, all of which focussed on the team and the friendships he had made with the other players. The one that stood out for him was the last game of last season, which fell as the varsity game against Aberystwyth. Having taken a strong lead early on and producing an amazing defence, it all fell to the last 30 seconds of the game. It was in an incomprehensible turn of events Aberystwyth snatched victory from the jaws of defeat. It saw the MudDogs band together as a strong unit, many knowing it was their final game, which meant a flurry of emotion was set loose. Delilah hopes to pass on his experience and passion to the new lads as coach, as well as pass on his ideals of team over performance, in turn creating lasting friendships.

With the MudDogs taking to the field on the 4th of November at Treborth against Liverpool Fury, they intend to hit the ground running with the winds from last season pushing them forwards in their attempts.