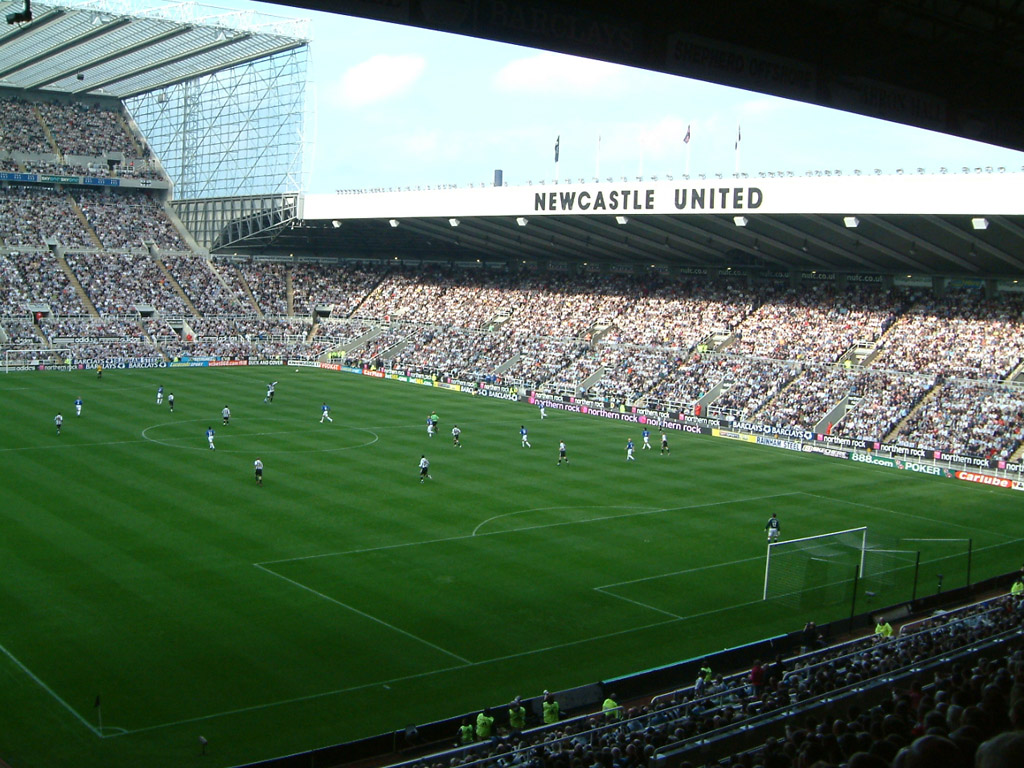 I’ve been a Newcastle United fan ever since I was old enough to realise that my Dad’s club preference (Sheffield Wednesday) wasn’t the only choice. For my ninth birthday my parents took me to St James’ Park for a stadium tour, my Grandparent’s had even tried to get me to be one of the mascots but unfortunately there wasn’t a home game that day. I remember my Mum sitting in Alan Shearer’s spot in the dressing rooms; I vowed never to forgive her. I did. Somewhat.

That was the first and last time I visited St James’ Park.

On November 10th, Newcastle United bosses made the decision to change the historic stadium’s name to the Sports Direct Arena, after owner Mike Ashley’s company. Derek Llambias, the club’s Managing Director, told the BBC that the reason for the change was that “Stadium rebranding offers a lucrative way for clubs to secure a significant income” So, it’s all about money then?

Newcastle, who after coming back up to the Premier League from a brief spat in the Championship, have shown shades of their past so far this season. Just this month they faced their first loss of the season, a feat quite surprising for a team without all the big name players. Unlike teams such as Manchester United, Chelsea, Tottenham and Arsenal, Newcastle don’t have the money or the superpower owners to be able to afford world class players and often make the most of home grown talent; something rare of English clubs these days. But apparently for owner Ashley the club having money is more important.

Fans of the club have expressed their dislike towards the change that has broken over 130 years of tradition; St James’ Park has been the home of Newcastle United since 1892. “It feels like they’ve just completely disregarded every bit of history we the fans, and the club in general, have at St James’ Park” said Dominic Blake, a Newcastle fan.

It’s not just the fans that are unhappy with the decision either. Newcastle City Council has also rejected the change in name. The council has refused to change any signs in the city to bear the new stadium name and insist that it will always be St James’ Park; “The football club is part of the beating heart of the city, and while the council values its relationship with the club, it has no plans to change any existing wayfinding signs which bear the name St James’ Park. As far as the fans and Newcastle City Council are concerned, the home of Newcastle United will always be known as St James’ Park.“ said Councillor Henry Murison.

St James’ Park was due to be one of the stadiums used for the football tournaments that the Olympic games are to bring to the UK next year. Following the renaming of the O2 arena to the North Greenwich Arena during next years’ games the home of the Magpie’s will not be able to display any sponsorship branding during the tournaments. This comes after Olympic organisers decided that un-paying sponsors should not benefit from the Olympics. St James’ Park will be officially back; at least for the duration of the tournaments taking place during July and August.

Owner, Mike Ashley, claims that the rebranding is only temporary and is a way to make other sponsor’s see that the club is open to rebranding. He hopes that changing the name to the Sports Direct Arena will bring the club ‘much needed’ money with a sponsor looking to rebrand the name again. “Since he bought the club he’s made a lot of decisions that have made fans unhappy, this one probably ranks highest” another Newcastle fan said. It appears that Ashley has a blatant disregard for the club’s history even if he seemingly has good reasoning for the decision.

Newcastle United are one of a rising amount of English clubs to be changing their stadium names and probably won’t be the last. Arsenal changed to the Emirates, Manchester City to the Etihad Stadium, and Wigan Athletic to the DW Stadium to name just a few.