Trending
You are at:Home»Science»Environment»Global Movement Spotlight: Sustainability and the Tiny House Movement

An examination of the emerging tiny house movement as a sustainable option for reducing one’s ecological footprint. 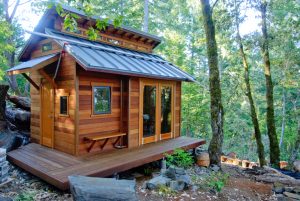 Sustainability practices have been at the forefront of both global and local efforts to mitigate the negative effects of globalization, urbanization, resource exploitation, and climate change. Understanding its unique characteristics and approaches is essential to utilizing it successfully to implement improvement efforts at any scale. Environmental sustainability can be understood as a method of using a resource so that the resource is not depleted or permanently damaged, so that ecological balance can be maintained. Understanding the concept of sustainability is aided by looking at how it is incorporated in the practices, methods, and designs of larger movements. One such movement is degrowth and the tiny house movement.

Tiny houses are one campaign to improve the sustainability of communities by reducing the ecological footprint of the populace. It is considered sustainable due to the fact that it involves reducing energy and resource use, and results in significantly fewer greenhouse gas emissions. While many consider sustainability to be focused on altering the methods and practices of both resource extraction and management, it also involves reducing resource demand overall. Demand for non-renewable energy sources increases the incentive to exploit those resources and therefore could potentially influence corporations to use unsustainable methods to meet demand and make a profit. The tiny house movement can also be accompanied by the implementation of micro-grids and other renewable energy sources to further reduce the pressure on fossil fuels.

The degrowth movement has emerged as a social and political response to rapid urbanization, and the associated concentration of people within cities. It posits that this high density does not allow for a sustainable use of resources, as it results in the reallocation of resources from communities outside cities, which may be increasingly vulnerable, to meet the needs of those in growing cities. Especially given the concentration of wealth, the government supports this redirection of resources to cities, arguing it is necessary in a successful capitalist society. Degrowth, an anti-capitalist movement, instead focuses on not only a reduction in density, but also a rejection of consumerist culture. Participating in consumerism, while seemingly meaningless, actually perpetuates deep social and economic inequality across the globe, made possible by globalization and transnationalism.

“Tiny houses can be collective, albeit relatively elite strategies that promote

awareness of and responses to environmental challenges”

With any discussion of alternative solutions there must be a consideration of potential challenges or problems with this model. The tiny house movement has been criticized for being a product of the very consumerist culture that it seeks to address, romanticizing the reality of tiny house living, and perpetuating neoliberalist rhetoric of freedom-through-consumption. The commodification of environmental sustainability has grown with the increase in media attention and global support for environmentally friendly policies, practices, and culture in response to climate change.  Living in a tiny house brings the owner closer to the sometimes difficult reality of living simply, such as bridging the current disconnect between people and their garbage. Another potential limitation of this movement is the often transient participation, such that a person may choose to live in a tiny house to save money until they can afford a larger house. Thus, this may be another form of accumulation, defeating the benefits espoused by this style of living.