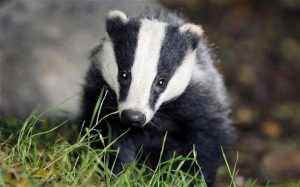 A study involving Dr Paul Cross from Bangor’s SENRGY estimates that one in ten farmers in Wales illegally killed badgers last year. Badger culling has become a hot topic in recent years, with several attempts to introduce widespread culling by government and farmer unions, despite considerable scientific evidence questioning their effectiveness on bovine TB. This evidence suggests that, in the absence of official culling, farmers are taking the process into their own hands; an action which could severely worsen the situation. The study used innovative questioning methods to protect the anonymity and safety of the farmers, and to encourage honest answers. Dr Cross hopes these results will be taken into consideration by policy makers and in the wider debate.

How reacting to smiles can indicate your social ability

New research from Dr. Erin Heerey, in the School of Psychology, has found that people who responded well to social feedback and rewards, such as genuine or polite smiles, were likely to have better self-reported social ability than those who were less able to interpret and react accordingly. This research is important in further understanding the difficulties experienced by people with conditions such as depression, schizophrenia and autism in face-to-face social situations.

Selective breeding to improve crop plants has been around for thousands of years, but it usually requires testing a huge number of combinations, only 1% of which produce useful results. But a Nepalese study, involving Bangor researchers from the Centre for Advanced Research in International Agricultural Development (CARIAD), has found a way of increasing that success fifty-fold by making fewer, more carefully selected combinations. Accelerating the crop-improvement process means crops can be bigger, faster growing, and more disease resistant faster than ever before, providing some hope in food-shortage crises.

Being able to speak two or more languages is known to boost many areas of brain function, but exactly how is uncertain. A new study involving Prof. Guillaume Thierry from the School of Psychology aims to investigate the neural mechanisms underpinning these effects. Thierry found that, when toddlers were presented with word-picture pairs, bilingual toddlers paid more attention to unexpected combinations than monolingual toddlers, thereby increasing integration of new meanings into their language.