(Note: The author of this article is an English Literature student who supports this campaign)

An independent campaign has been launched to urge the student body to stand up against Bangor University’s plan to make drastic cuts to the English department.

The business plan released earlier this week was created in the wake of Bangor University’s financial crisis, which has been exasperated by the pandemic.

The plan would result in a considerable loss of staff as well as a large portion of the English literature canon that is currently being taught. Many PhD students would lose their supervisors, and future PhD and Masters students would not get the same choice of study that has been available until now.

The plan also proposed that full-time posts in Medieval Literature, 19th Century, Modern and Contemporary Literature would be removed.

Find out more about the university business cases here

The campaign has launched its own Twitter account: @RejectBUCuts. A spokesperson for the campaign said that a petition will be launched soon.

“Myself and my classmates have been experiencing the effects of these budget cuts since our first year,” said Merlynn Spencer, a third-year Creative and Professional writing student.

“We have already lost many wonderful lecturers, including DeAnn and Daniel Hughes, and have previously protested through petitions. We have been ignored for too long.” 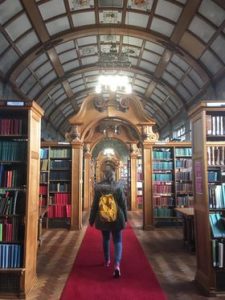 According to the subject league table (2021) published by The Complete University Guide, Bangor University’s Creative Writing course ranks 11th in the UK, slipping one spot from 10th in 2020.

“Why do none of their cuts ever affect management roles? Instead, they cut back Student Support staff– disabilities, study skills, counselling– and rely on academic faculty to perform those roles on top of all others.”

Third-year Creative and Professional writing student Erika Chesters spoke to Seren saying, “It saddens me because the lecturers in this school are remarkable and have passed on so much knowledge to me over the years.”

The English Literature department is well-respected thanks to a large number of lecturers and researchers such as Zoë Skoulding, who won the Llenyddiaeth Cymru Wales Book of the Year in the poetry category with her latest volume of poetry, Footnotes to Water.

Merlynn Spencer insisted that each member of staff in the English Literature department has been incredible in their work and support of the students.

“They do not deserve the backlash from the University’s financial crises. If more lecturers and tutors are let go, that means less support for individual students and that worries me as I know it worries a lot of us,” Spencer added.

Dr Lyle Skains told Seren that the latest round of announced redundancies should be seen as an “indictment on the entire executive management board at Bangor, including the Vice-Chancellor.

“[The Vice-Chancellor is] filling any empty positions with the Heads of College who presided over three previous rounds of redundancies– nowhere is this more true than in the College of Arts & Humanities.

“How is it even remotely possible to maintain a good quality education and a worthwhile student experience when there are so few staff to deliver or support it? When those staff are expected to do five people’s jobs, some of which are jobs they’ve never received training for?” 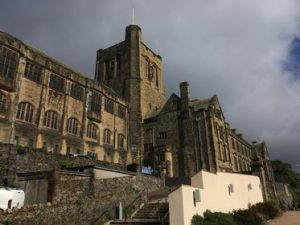 There was a similar outcry in May 2019 when popular creative writing lecturer Dr DeAnn Bell had to cease teaching at the university due to the severe financial cuts.

A petition was made called ‘Bring Dr DeAnn Bell back to Bangor’. The petition obtained 282 signatures and over a hundred comments complaining about DeAnn being unfairly treated during budget cuts.

Many students, parents and alumni claimed DeAnn was told to leave “just because it is easy to get rid of someone on an annual contract” and that the University wasn’t acting in the students’ best interests.

Helen Callaghan, now a third-year student of Creative and Professional writing commented on the petition at the time, saying, “DeAnn is hands down the main reason my first year of learning creative writing has been so enjoyable….to lose her would be a huge mistake on the University’s part.”

Despite the petition and outcry, the University did not respond or reconsider DeAnn’s position. We can only hope this time around that the voices of the English Literature department and beyond will be listened to.