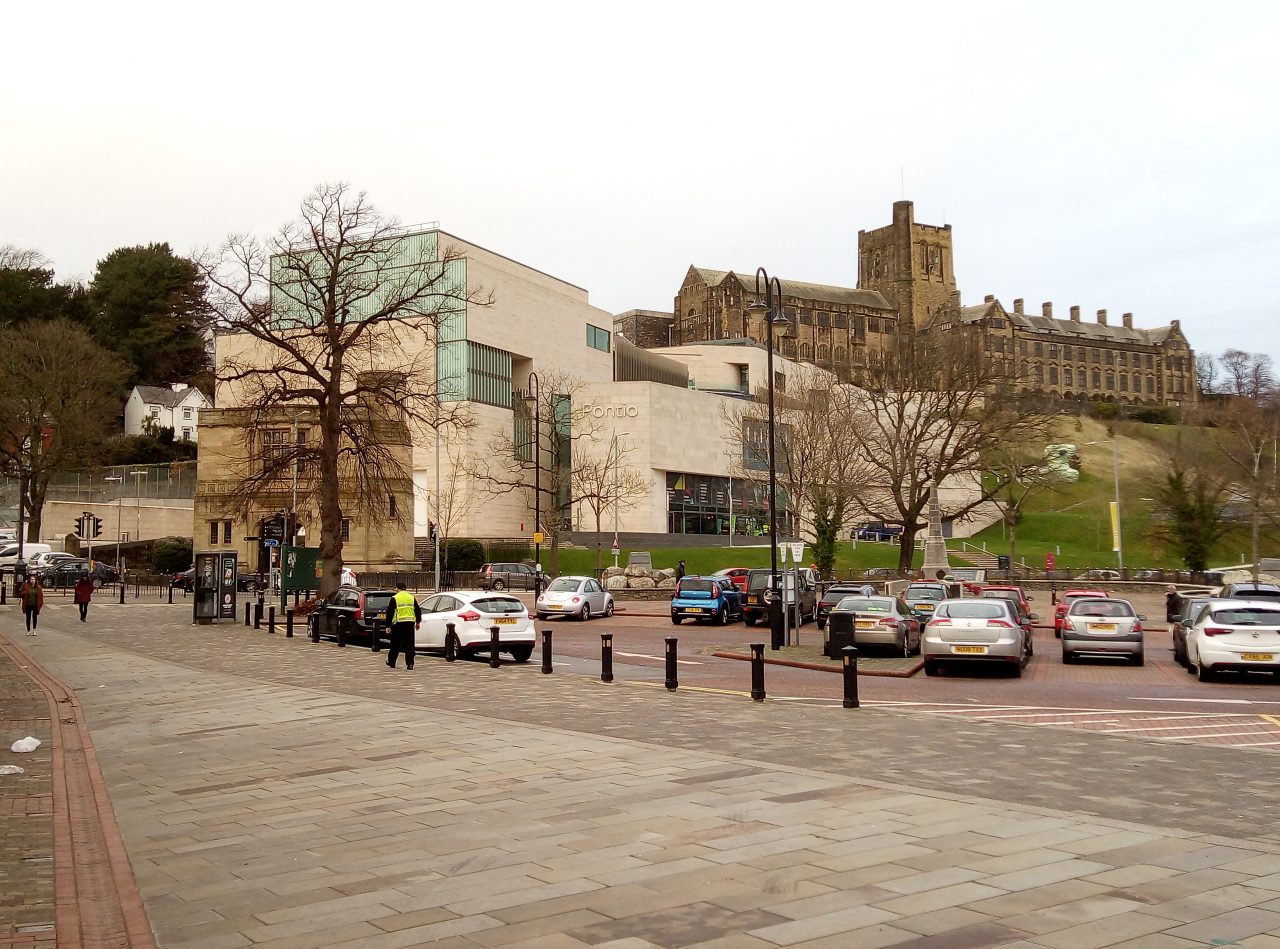 Money over morale? A look into Bangor’s plans to cut 200 jobs

Earlier this month, Bangor University announced their plan for filling a £13m gap in their budget. Their foremost solution is a single word that has caused a flood of backlash, uncertainty and fear: redundancies.

With 200 of them on the horizon, staff and students can’t help but envision a disaster, despite university promises to protect the student experience. By compiling new interviews with the UCU trade union and the Bangor Students’ Union, in addition to surveys of student opinions and the latest statements from the university management, this report has been created to help answer the question on every student’s mind: How bad is it?

2020 has been a tough financial year for many in the wake of COVID-19. With furlough schemes being set up, independent venues and businesses shutting down, and the return of stricter lockdowns, it comes as no surprise that educational institutions are also struggling. The University has primarily attributed their “anticipated shortfall in income” to a lack of “international student recruitment” as a result of COVID-19.

In a statement, Bangor University addressed the proposed cuts:

“Last month the University started a period of consultation about how these savings might be achieved and has now shared proposals for a restructure with staff, as part of this consultation”.

Siân Gwenllian, Arfon’s Senedd member, said she was “hugely concerned that the decision announced… is being rushed”. Christine Lewis, UNISON’s Bangor branch secretary, suggested that the University is “rushing into redundancies without waiting until we know how many domestic and overseas students are going to be here next year.”

In a recent student survey by Seren (52 respondents), 50% of students believed the redundancies to be unnecessary and harsh. 32.7% believed them to be necessary and harsh, while only 5.8% believed them to be necessary and fair (11.5% answered ‘other’). A staggering 51.9% ‘strongly disagreed’ with the statement that they were getting good value for their money at university this year. With acknowledgement to the limited survey size, it remains evident that a large proportion of the student body does not feel that the university is handling the year well- and this may be down to a lack of adequate communication.

These are not the first cuts the University has experienced in recent years. The most significant of these was the 2019 decision to dissolve the school of chemistry, a decision which will see the loss of 18 staff and savings of £1.4m by 2022.

With a new batch being discussed, Seren spoke to some key members of Bangor University about the proposed plans and their potential impact on the student experience.

What has been done to explore avenues besides job cuts to save money?

Bangor University’s Students’ Union President, Henry Williams, helped shed some light on what the University has been doing to aid the situation besides redundancies. “We know that the University have made use of the Governments’ Job retention scheme to manage some of the reduction in income”, he said. 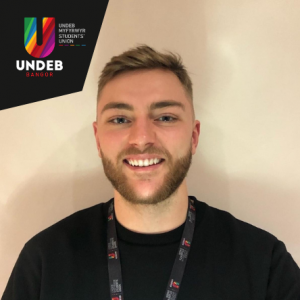 “Voluntary Redundancy is one of the measures that the University will be using to mitigate the need for compulsory redundancy”, he continues. Voluntary Redundancy involves a member of staff being asked by their employer to terminate their contract in return for a financial package, and usually given to long-term employees.

“We’re also aware that they have made an application for support through the Higher Education Council for Wales (HEFCW) HE Investment Recovery Fund which offers support to Universities during the Covid-19 pandemic”, Henry Williams added.

According to Henry Williams, the University also has a “bid for funding available” from the Arts Council for Wales Cultural Recovery Fund.

What does it mean for students?

The most important question lingers. With a £13 million deficit and up to 200 more jobs at risk, how can the student experience be “not only protected but enhanced,” as claimed by the university? Bangor University’s most recent student bulletin reassures students that no subject areas will close, and that the student experience is a priority.

Dyfrig Jones – senior lecturer in film and Bangor University’s UCU President – does not share that outlook. “There is no way that management can cut this number of staff, and preserve the student experience”, he said. “These cuts will impact everyone in the University, staff and students alike”.

“One of the five strategic pillars underpinning the University’s response to the challenges posed by the coronavirus pandemic is ‘Sustaining and progressing an excellent student experience,’ and we think this will be challenging to sustain when some of these cuts will be implemented.”

A series of focus groups are being held by the Student’s Union in order to establish and instigate student feedback and communication around the cuts. “We don’t feel the business cases adequately evaluate the impact on students on the ground,” Henry Williams added.

“We hope there will be an open dialogue with us as a Students’ Union and staff as part of this process to look creatively at the savings needed and to mitigate the effects any cuts will have on our students.”

“They have also committed to aim to continue to deliver student support services in order to preserve the student experience, and we will hold them to account on these promises.”

What does it mean for staff?

Of the 200 jobs proposed to be made redundant, 80 are expected from academic roles and 120 from professional services. On the latter, Dyfrig Jones says that they “deliver key services to every part of the University, and without their support, every single member of staff is going to struggle to get work done.” 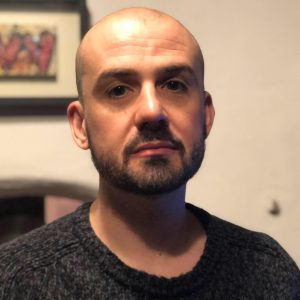 He also added that the three campus trade unions – Unison, Unite, and UCU – are working “incredibly hard” to find alternatives to the redundancies.

“We are looking at ways to save costs that will protect jobs, because the primary focus for us is to ensure that as many staff as possible are retained”, he adds. “If Bangor University is going to grow its way out of this crisis, we need as many of its excellent staff to remain here for as long as possible”.

“One of the problems we’re facing is the accelerated timescale; UCU contacted management in June, to open negotiations on cost savings, but to no avail”, he said. “We’re now up against the clock, working desperately hard to find answers to a problem that we – the unions – didn’t create.”

He also argues that the University relies heavily on staff working additional hours due to their dedication to teaching and their students. “But we can’t be expected to do this if our job security is constantly at risk,” he says.

“This is the fourth time in five years that management have decided to make staff redundant, and it is destroying morale.”

Earlier this year, staff at Bangor and other universities underwent strikes for better pension packages and working conditions. These occurred previously in 2018 and 2019. According to Dyfrig Jones, the disputes are “ongoing, and casts a long shadow over what’s happening here locally.”

What can be done?

It is partly the responsibility of the University and its management, and now that of the Unions involved, to secure staff careers, student experiences, and the institution’s reputation.

Dyfrig Jones also emphasises the importance of the Welsh Government in this situation. An additional £27m has been allocated to help Wales’ Higher Education sector, but he suggests “that’s nowhere near enough money”. He also argues that “University education is a public good, and the government need to step in to ensure its future survival here at Bangor.”

Henry Williams also said that the Students Union is “working closely with the University to ensure that the Student Voice remains at the forefront of every conversation, and that the student experience is at the heart of any subsequent decisions.”

However, students also have a part to play in the proceeding events.

“If you’re a member of staff, join a trade union. If you’re a student, put some pressure on the Students’ Union to speak up, and to take a stand,” Dyfrig Jones said. “The SU is there to articulate student voices, and should be prepared to engage in political discussions, even when that means challenging University management.”

Students can provide feedback, comments or concerns they have regarding the situation to Undeb Bangor on studentvoice@undebbangor.com. Undeb Bangor also encourages students to talk to their respective course representatives regarding “specific concerns about the possible impact on the experiences in their school or college”.