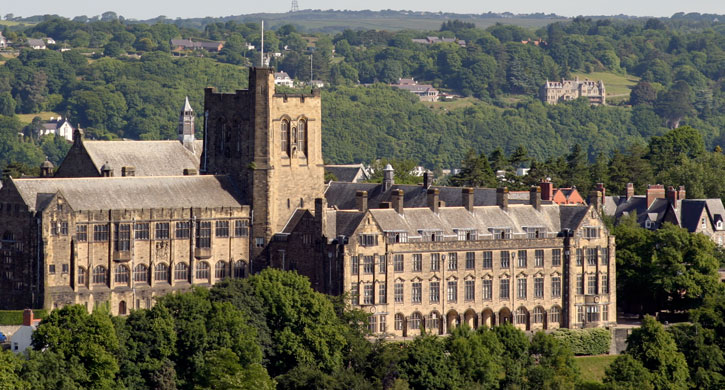 On the 23rd April, WhatUni will announce the results of 20,000 student reviews and name their University of the Year for 2015. As the results of the WhatUni awards draw near, it has been announced that Bangor University is one of ten shortlisted for the award.

The award is calculated by taking averages from student reviews on the WhatUni website across a number of categories: university facilities, accommodation, course and lecturers, job prospects, city life, student union, clubs and societies, support services, and job prospects.

Bangor University is a newcomer to the University of the Year shortlist this year, with five of the ten universities shortlisted previously appearing in 2014: Swansea (1st), Loughborough (3rd), Harper Adams (7th), Falmouth (8th), and the University of Surrey (10th).

However, Bangor University did figure in the shortlists for other categories in 2014, including Course and Lecturers (10th), Accommodation (6th) and Clubs and Societies (6th). This year, Bangor has improved upon last year’s performance, being nominated in the categories of Student Support and University Facilities as well those in which the university appeared in 2014.

Earlier this month, Bangor University Students’ Union collected four awards (as well as several honourable mentions and second place finishes) from NUS Wales, including awards for diversity, education, and student opportunities. For the second year running, Bangor took home the Higher Education Students’ Union of the Year award. Although not being nominated directly in the WhatUni category for Student Union, Bangor Students’ Union’s work throughout the year has contributed to the university being shortlisted for the University of the Year award. Shortlistings in a number of Students’ Union related categories, such as Clubs and Societies and Student Support have risen the university’s average score, and thus, its shortlisting for University of the Year.

VP Societies and Community, Mark Stanley, spoke to Seren and said “These awards reflect the amazing work of Students in areas they are most passionate about including Education, Diversity and Support but I’m especially proud of the activities that students work with us to provide to other students which has been pushed to its true potential with the help of Free Clubs and Societies. These awards are a confirmation of the time, effort and strength that goes into our Students’ Union and the work still yet to do to Create, Develop, Progress.”

The award winners in all categories will be announced at a WhatUni awards ceremony on the evening of 23rd April.