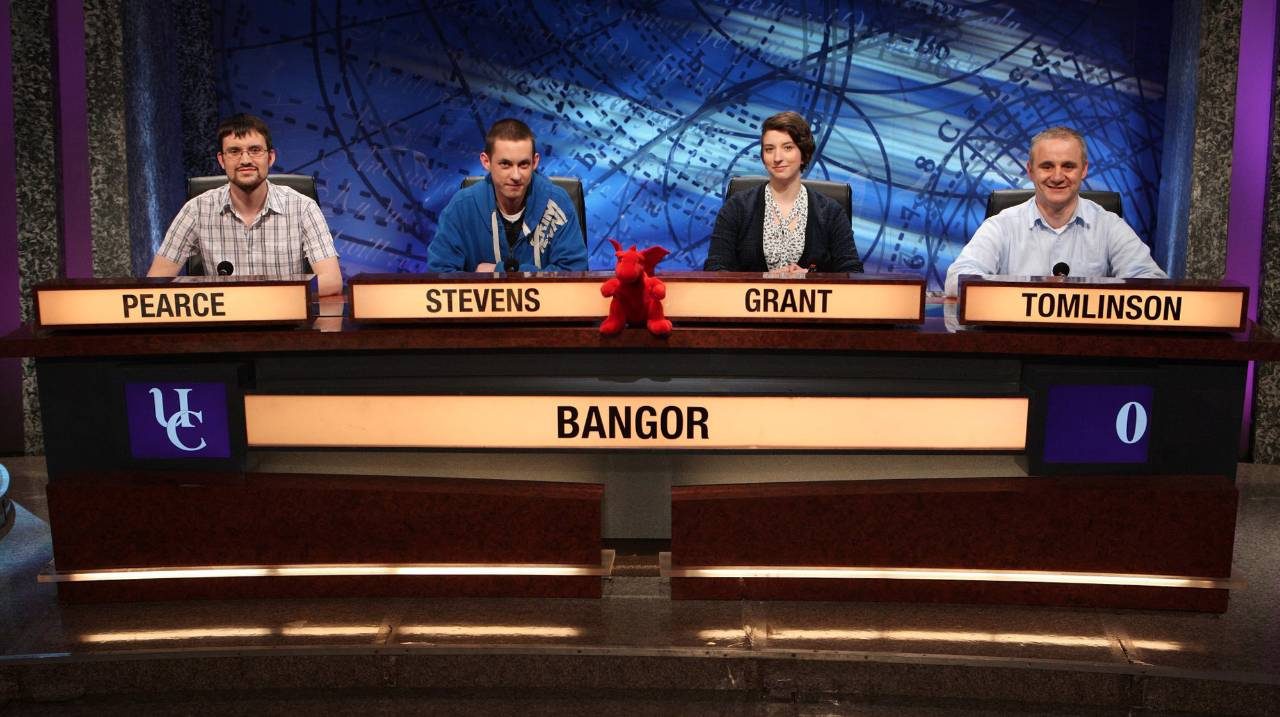 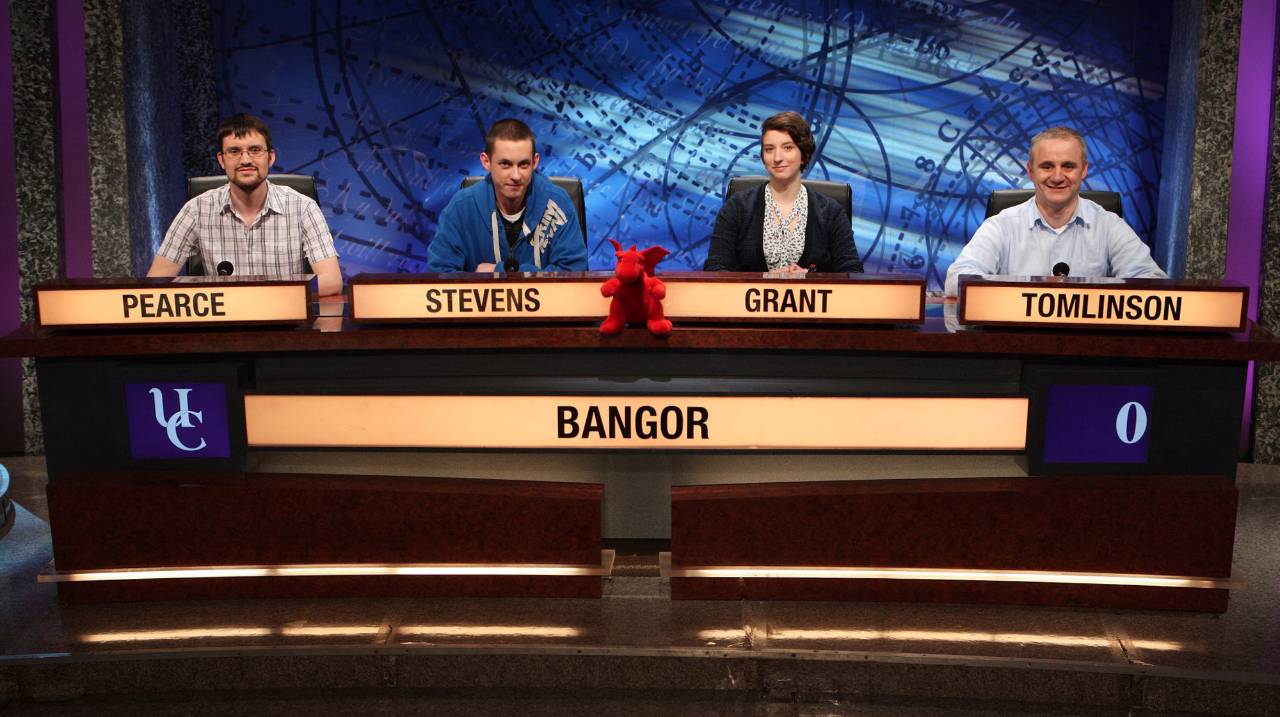 Five Bangor students have made it through to University Challenge televised rounds after first applying to go onto the show in November of last year. 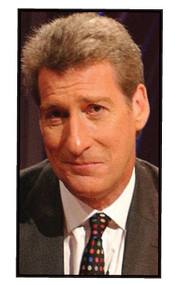 The top 15 scorers from the November tryouts were then invited for further tryouts and from these tests the five top scorers were invited to an interview in Manchester.

Put before the production team the budding hopefuls were questioned about their studies, lifestyle and hobbies and out of 120 people interviewed, the producers picked 28 students, five of which will represent Bangor University.

Captain Nina Grant told Seren “We were thrilled when we found out we had reached the televised rounds, and we hope to do Bangor University Proud”.

The team film their first, and hopefully not last match of the televised rounds on 24th February.

The air date is not yet known, but keep an eye out at seren.bangor.ac.uk for more details as and when they become available.

In the meantime, you can be sure that these Bangor brainiacs will be swatting up and preparing their war face for the notorious patronizing Paxman.

Bangor’s appearance was televised today (24th September 2012) on BB2. We don’t want to spoil the result for people that wish to view it but you can watch how the team did for yourself on BBC iPlayer: http://www.bbc.co.uk/iplayer/episode/b01n3dsr/University_Challenge_2012_2013_Episode_9/