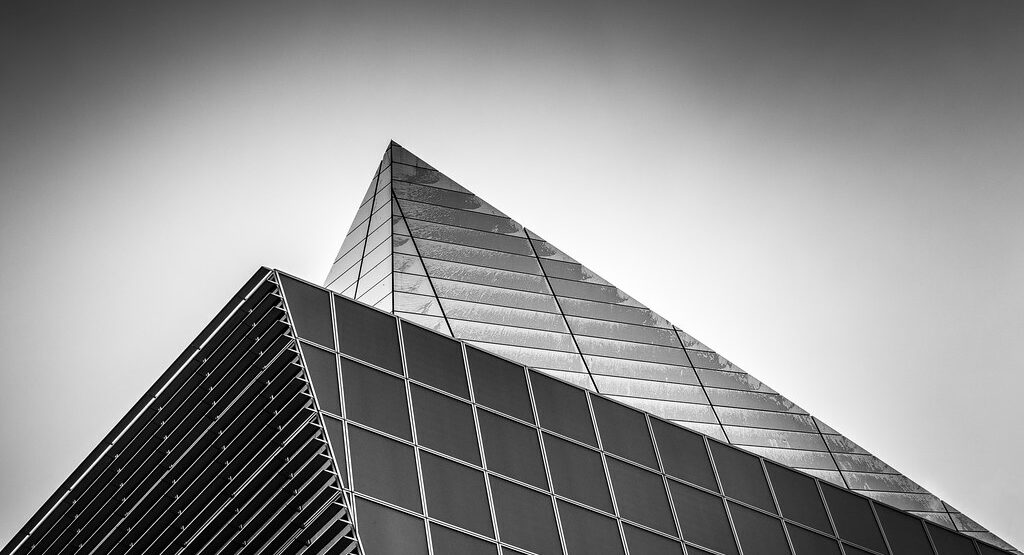 Crowd 1: a marketing platform, where users can distribute products, tap into burgeoning industries, and make millions. All users have to do is pay for training, pick a product from their portfolio, and start selling it. Festooned with cruises, luxury dinners in Stockholm, and ever more ‘millionaires’, it’s hard to see why anyone wouldn’t want to be a part of this self-proclaimed revolution.

This rising star is helmed by two Swedes, CEO Johan Stael von Holstein and founder Jonas Werner. Many of Crowd 1’s high octane conventions feature Holstein explaining his rags to riches story. From a ‘hick town’ in Sweden to the shores of Marbella, he’s grown a business empire and started many a successful company.

Werner on the other hand is a successful real estate titan, also now based in Marbella. He’s rather vague about the specifics of his business, but adorned in sunglasses and his signature ponytail, he can’t help exude success. Crowd 1’s latest advert features Werner speaking to a CGI stadium of Crowd 1 supporters. He bellows ‘impossible is…’ and the crowd respond ‘NOTHING!’

And for a while he seemed right.

On the 2nd November 2020, the BBC published ‘Unmasking the Pyramid Kings’. A damning investigation into the company, the first of such a high profile. This exposé shined a light on deep fault lines running throughout the company. It found that Crowd 1 provided little in the way of making money, besides recruiting new users. Any services provided are bare and skeletal, the ‘education’ many have paid hundreds of euros for is plagiarised. Crowd 1 is a pyramid scheme.

Many already knew this- the tide had been rising over the past year. Warnings had been issued to consumers by Securities and Lottery authorities in Norway, The Philippines, Namibia, New Zealand and South Africa. Anti-MLM websites and social media posts ran rife with their name, albeit not enough to stem the flow of duped victims.

Unsurprisingly, Holstein and Werner are not the upstanding businessmen they sell themselves as. Both are known for running pyramid schemes, having previously worked together to promote a pyramid known as Spinglo/Synkronice. Other directors in the company have dubious connections, from the infamous Towah Group, to the fraudulent OneCoin.

Yet a question lingers. Who is at the top? Holstein and Werner may be the faces of the company, but could there be a power behind the throne?

To find out, we have to look into Crowd 1’s structure: a network of offshore companies. Examining ownership of these companies, Werner and Holstein do appear on a few, accompanied by Crowd 1’s public directors, high ranking Crowd 1 members, and offshore secretaries. Yet the most revealing name listed is Tor Anders Petteroe.

Tor Anders has never appeared at a Crowd 1 event; is never mentioned by Crowd 1’s higher ups and he is not listed on any Crowd 1 network website. Yet he is one of the listed directors of Crowd 1, he has employed his previous secretary to administrate Crowd 1’s UAE base, and has littered Crowd 1’s ranks with his previous associates.

Tor Anders Petteroe is an infamous pyramid king. He owned/owns Towah, a company that allowed pyramid schemes to process payments and supply their victims with bank accounts. Towah profited off numerous pyramid schemes over the last decade and remains active in Spain even after several legal proceedings. Tor Anders has associations with many high-profile pyramid schemes not just through Towah, yet often in the role of payment processing.

Most interestingly, Tor Anders has a previous association with Werner and Holstein. He provided Towah Payment services to their last pyramid scheme, ‘Spinglo’ and it’s partner product Synkronice.

Crowd 1 also has a shiny new payment processor, the Estonian registered Novapago, which has all the hallmarks of a Petteroe product but, much like Crowd 1, no listed association to him.

But Petteroe, Holstein, and Werner are far from the only names. The more one looks into Crowd 1, the deeper its formidable network of known con men goes. Crowd 1’s secretive marketing specialist Sverker Caron, for example, appears to be running another pyramid scheme in tandem to Crowd 1. Bjorn Thomas, Towah’s old VP of Marketing, now appears as a Crowd 1 ‘president’. Another Holstein, Johan’s younger brother, is in charge of Crowd 1’s gambling services. Renze Deelstra, Kenny Nordlund and Udo Deppisch are a few more names of ill repute. By design, the picture is more and more blurry the longer you look.

That’s before we try to find where Crowd 1 is. Madrid and Malaga seem a hotspot for the Crowd 1 network, with businesses registered there by Holstein, Werner, Petteroe, and several other Crowd 1 directors. Benalmadena, Marbella and Fuengirola host related shell companies, but the company’s official address is in Dubai for tax reasons. Crowd 1’s parent companies, ICT and TIM, are registered in Stockholm and Madrid, while other Crowd 1 shell companies make their homes on the Mediterranean islands of Malta and Cyprus. And most of their activity is in Africa. The structure is labyrinthian, and meant to be hard to sift for names.

So, even if we’ve found the hornet’s nest, it’s hard to pinpoint the king. Crowd 1 is an intentional mess. Werner and Holstein are the public face, but there are many beneath the surface, most notably Petteroe. All share a dark history, and Crowd 1 is the most successful and most high-profile scheme of theirs to date.

But every pyramid must crumble, and this is where it really pays to be hidden.

Crowd 1 is already moving away from South Africa, looking towards India, Russia and Indonesia. Their current stomping grounds are growing wise, users are complaining of overdue payments, and the userbase drying up. Their leadership may be seeking a way out.

Doing so will be easy for Tor Anders Petteroe and Crowd 1’s more nebulous leaders- less so for Werner and Holstein. International press coverage has pushed Crowd 1 into an uncomfortable limelight. It will be difficult for this iconic duo to recover any reputation when the curtain falls, and they will have a harder time escaping the consequences.

But for now, Crowd 1 are keeping their cards close to their chest. They are pressing ahead with the launch of ‘Miggster’, their newest product. They are doing what they know best: large flashy events, enthused crowds and empty promises.