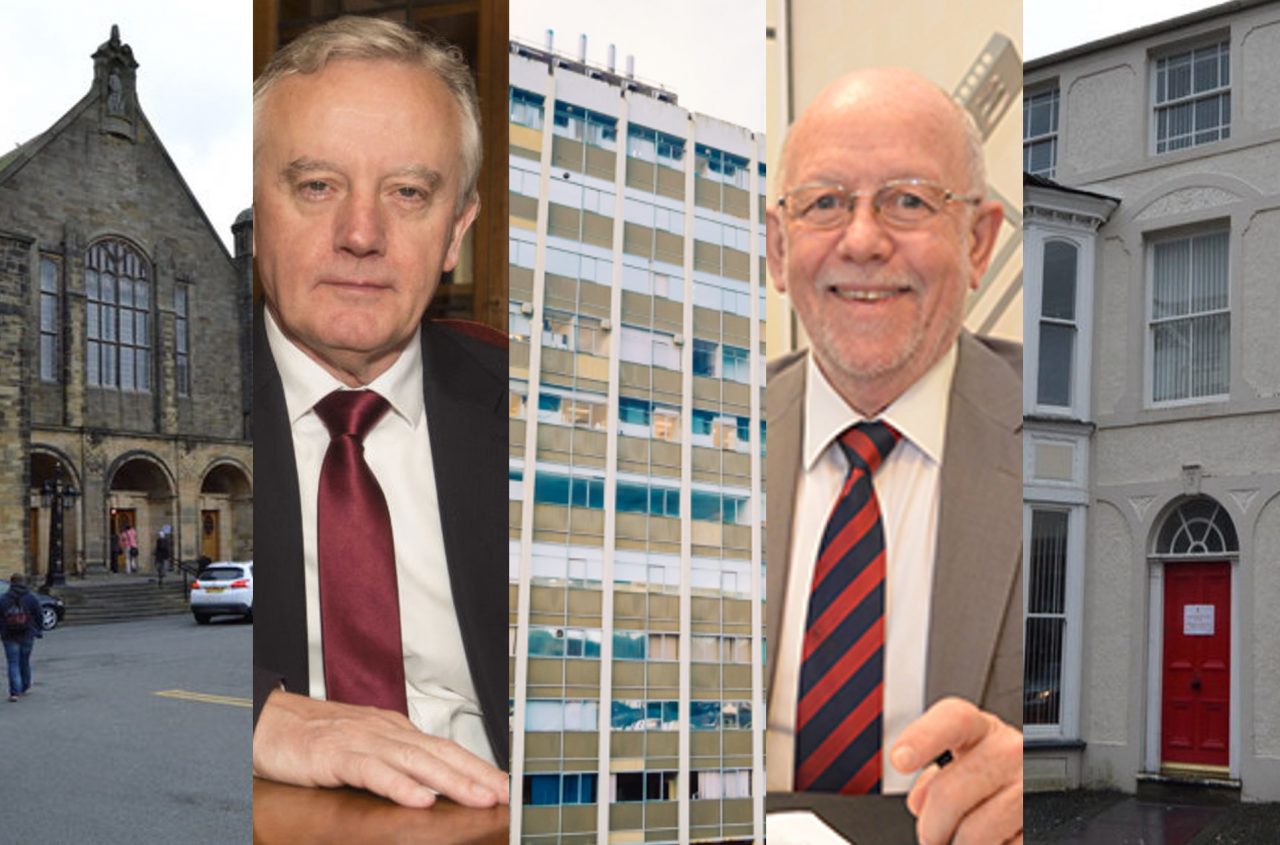 Still struggling to grasp the various controversies that have surrounded Bangor University?

Seren presents a concise timeline of the events which have unfolded over the past few months.

£5m in cuts were announced – compulsory redundancy was not ruled out.

Falling student recruitment and rising pension provisions were cited as key reasons for the savings.

In the letter, Hughes said: “The shortfall arising from Tuition fees and related Halls income means that a reduction of the order of £5m in our cost base for this year will be required.”

He added: “Taking actions now will mean that Bangor University will be better able to deliver on our core mission within this new financial landscape.”

In the interview, it was announced that 50 jobs could possibly be put at risk.

“There’s 2100 members of staff in this university, we’re talking about downsizing by 50, so it’ll only be a tiny proportion of the staff,” Hughes said.

However, Hughes maintained that the student experience will be safeguarded.

When asked about his commitment to Bangor University, Hughes responded:

The Vice-Chancellor of Bangor University, John G. Hughes, announced his retirement for August 2019.

Hughes – Bangor’s 7th ever Vice-Chancellor – was set to step down at the end of current academic year.

“I am extremely grateful to Professor Hughes for his remarkable contribution,” Jones said.

She added: “He has overseen tremendous change at the University, and has always ensured that students remain at the heart of everything we do.”

A collection of Bangor University staff spanning multiple departments were informed that their jobs were ‘at risk’.

Academics and lecturers were rumoured to be among the 50-60 staff who could potentially face redundancy.

Students were told to send their complaints to the Students’ Union, who will present them to the University.

The final decision on these proposed redundancies will be made on January 18th 2019.

Emails purporting to detail the Vice-Chancellor’s private life were distributed to a selection of staff.

Vice-Chancellor John G. Hughes responded, saying the emails had been doctored and apologised for any distress caused.

Hughes is believed to have emailed staff in response:

“This morning, some of you received an email purporting to relate to my private life.

“The messages attached to this email dating from 2016 have been doctored and, whilst I do not want to go into details regarding what is clearly a very personal matter, I wanted to assure you that the messages are not what they seem.”

Vice-Chancellor, Professor John G. Hughes, who was due to retire at the end of the academic year has announced that he’d be retiring at the end of December 2018.

In the meantime, Professor Graham Upton will be appointed as Interim Vice-Chancellor from 1st January 2019.

The University said they’d be advertising for a permanent successor in the coming months.

Bangor University students started a campaign against proposed plans to close the Chemistry department in its entirety.

The campaign, Bangor Needs Chemistry, amassed hundreds of likes on its Facebook page within a few hours of it going live.

The University’s proposals would see Chemistry teaching and research at Bangor discontinue over a three-year period.

This would end all undergraduate and postgraduate programmes (English and Welsh), resulting in the direct loss of 15 academic and 3 technical staff.

A student protest was been organised to oppose proposed cuts made by Bangor University.

The protest will take place on Friday 18th January 2019 from 1PM-4PM to show solidarity with staff and to put pressure on the University to change its planned course of action.

The protest date corresponds to when the first round of redundancies are expected to be privately sent to the affected staff.

Student protesters are aiming to fill the Quad at Main Art, and the current plan is to host speeches and have placards at the event.

At this point, over 1000 students have registered interest the on the event Facebook page.

Students were emailed a breakdown of proposed cuts relating to their schools.

This information was secured after Bangor University’s Students’ Union, Undeb Bangor, met with University representatives to echo the uncertainty of the student population.

Business cases were sent to students from affected schools, and provide an overview of the proposed changes – from school restructuring all the way up to redundancies.

Here, plans to close the Chemistry programme in its entirety were detailed.

Seren published a breakdown of proposed cuts to all affected schools here.

However, from the business cases, Seren deduce that up to 45 staff members in student facing areas could face possible redundancy.

The emails, which were allegedly forwarded to the university back in 2016, were leaked to staff this month.

Hughes says the emails are doctored and actions were taken in 2016 by the university.

BBC Wales saw the emails which Hughes’ former partner Xinyu Wu forwarded to some members of the Gwynedd University’s council and senior leadership at that time.

Content of the emails is detailed in the full BBC article here.