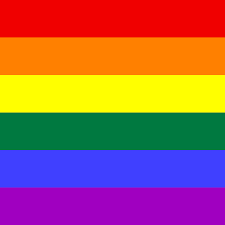 February is LGBT History Month, a rewarding recognition of brave individuals across the world who spoke out in the face of adversity and defended their rights in a society that broadly did not recognize them. This February, it is important to remember to rise above oppression and converse openly so that society can continue to move forward and celebrate the stories of those who have courageously done so on behalf of everyone in the LGBT community.

According to the official Lesbian Gay Bi Trans History Month organization agenda, the aim of the month is to promote equality and diversity through “raising awareness and advancing education on matters affecting the LGBT community”. This has been achieved by many notable members of the LGBT community, including Barbara Gittings and Christine Jorgensen.

Barbara Gittings, a prominent activist for LGBT rights in America during the 1960s, was one of the first to openly picket against the United States Government’s ban on the employment of gay and lesbian citizens. She worked closely with the movement that removed the recognition of being gay as a mental illness and pushed homosexual literature as an influential member of the American Library Association.

Christine Jorgensen, the first woman to become widely recognized for having sex reassignment surgery, used her platform to advocate for the transgender community. She spoke openly about the difficulties she faced as a transgender woman in universities and other venues across the country and wrote an influential autobiography about her transition as well.

These women, along with many other LGBT individuals throughout history, have awarded society with a number of milestones that would not have been achieved without the bravery of those speaking out against political and societal oppression. LGBT month is a wonderful way to thank these individuals who have shaped LGBT culture, and celebrate those who continue to further the well being of the community today.