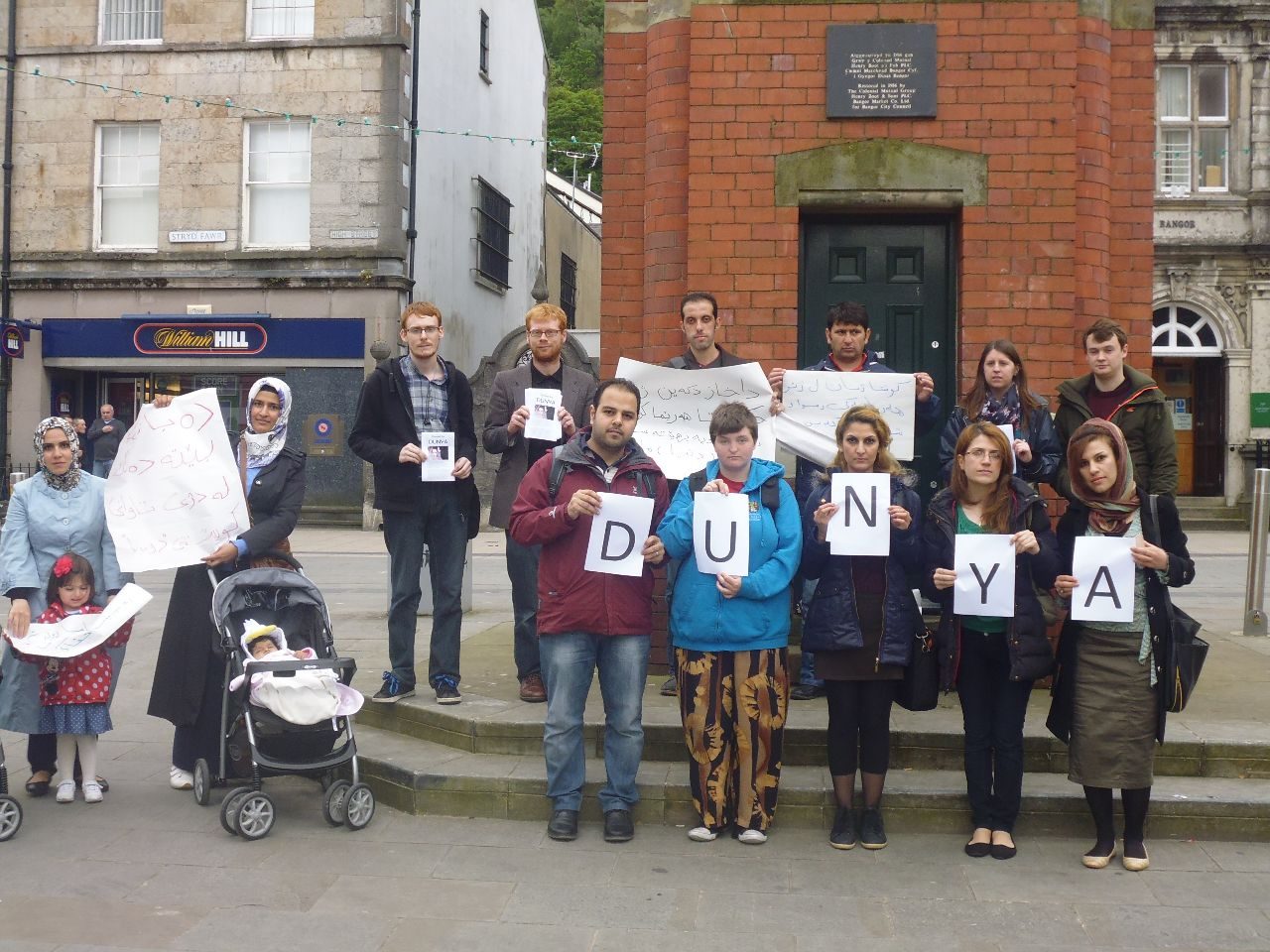 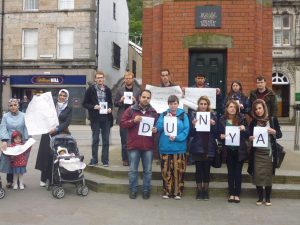 This Thursday, a group of Bangor University students gathered in Bangor City Centre to protest against the “honour killings” taking place in Kurdistan, and to call upon the UK Government to raise this matter with the Kurdish government. The protest, which was led by Kurdish students studying at the University, took place in solidarity with simultaneous protests occurring in Kurdistan, and was sparked by the most recent murder.

On Saturday 23rd May 2014, Dunya, a 15 year old child bride, was brutally murdered by her 45 year old polygamist husband in Iraqi Kurdistan – district Kalakji. The husband is then reported to have mutilated her body. Police officials say they were unable to capture the murderer and that he fled the crime scene before the police arrived. The man is now on the run.

Although hundreds of women fall victims of “honour killings” every year, the authorities seem unable or unwilling to offer them any protection. According to official statistics, in the last four months of 2014 alone, 14 women have been murdered.

Qashang Fattah, who organised the protest, said: “We arranged the protest to demand that all perpetrators of Dunya’s early marriage and murder must be brought to justice. We want to see: an independent investigation into the roles of police and the directorate of investigation domestic violence in this crime, Dunya’s parents and the religious cleric who married Dunya being brought to justice under the act no. 8 anti-domestic violence law in Iraqi Kurdistan, which prohibits child marriage, every effort being made to bring the perpetrator to justice,e and that no tribal deal should be accepted or reduce the sentence, and we want to see the Attorney general act on the evidence available and not to allow for any deals or forgiveness by Dunya’s parents.”

Antony Butcher, President of the Students’ Union, who helped facilitate the protest commented: “It was great to get such amazing support from a wide cross section of the local community. Students, pensioners, tourists, couples and teenagers were all united with those in Kurdistan who are protesting against these killings. We’ve now launched an online petition, and we’ll be presenting this to our Member of Parliament, Hywel Williams, in 2 weeks’ time.”