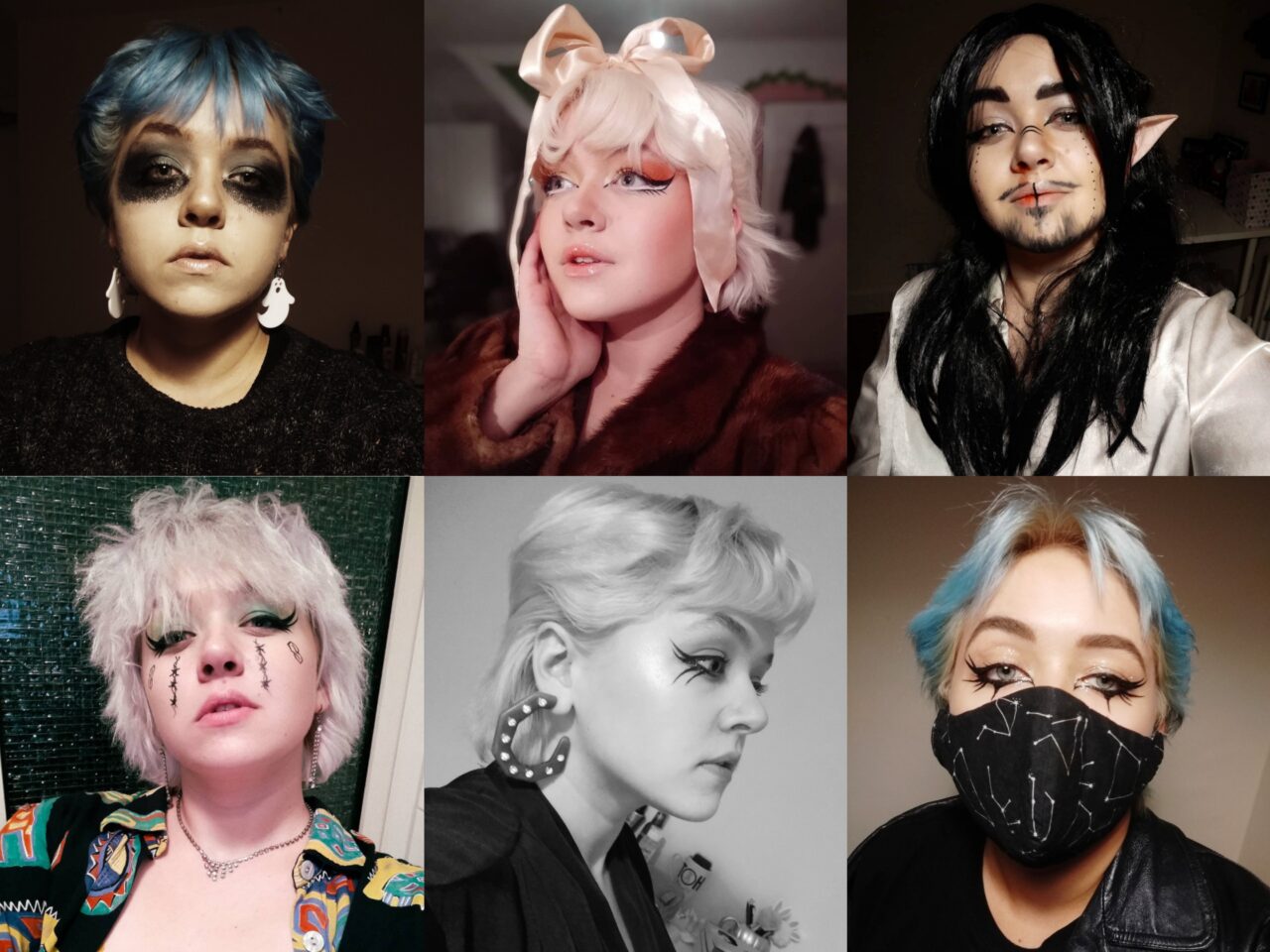 I‘ve been enamoured with playing around creatively with make-up for a couple years now but over the last year, during the various lockdowns both in Germany and here in Wales that heavily limited my social exposure, I have noticed a shift in how I approach the pastime and my attitude towards it.

I anticipated, that with hardly anywhere to go, my desire to put on makeup would decrease, and I honestly thought of this as a good thing for my skin and perhaps even my confidence. After all, I’m not one to downplay the more problematic aspects of the makeup culture and industry; the way that many women don’t feel like themselves without it or how it’s increasingly marketed towards young girls. I was surprised to find that the opposite happened. I wouldn’t put on my makeup first thing in the morning but I did put it on almost every day nonetheless. And instead of relying on tried-and-tested looks I would try out new ideas, hone my skills and create more and more outrageous looks. Instead of doing my makeup in preparation for events, I would take time in the evening to do my makeup, as the event.

I thought about this a bit and I think I figured out why that happened.

I am a person that defines herself heavily over her presentation, for better or worse. Lockdown created an unprecedented situation where two contrasting things were happening:

On one hand, I believe most people at least partially create their identity through their appearance, they show their affiliation to certain (sub-)cultures, socioeconomic groups and communities, and this is something that we are used to and that is a source of validation and self-reflection for us. Heaven is other 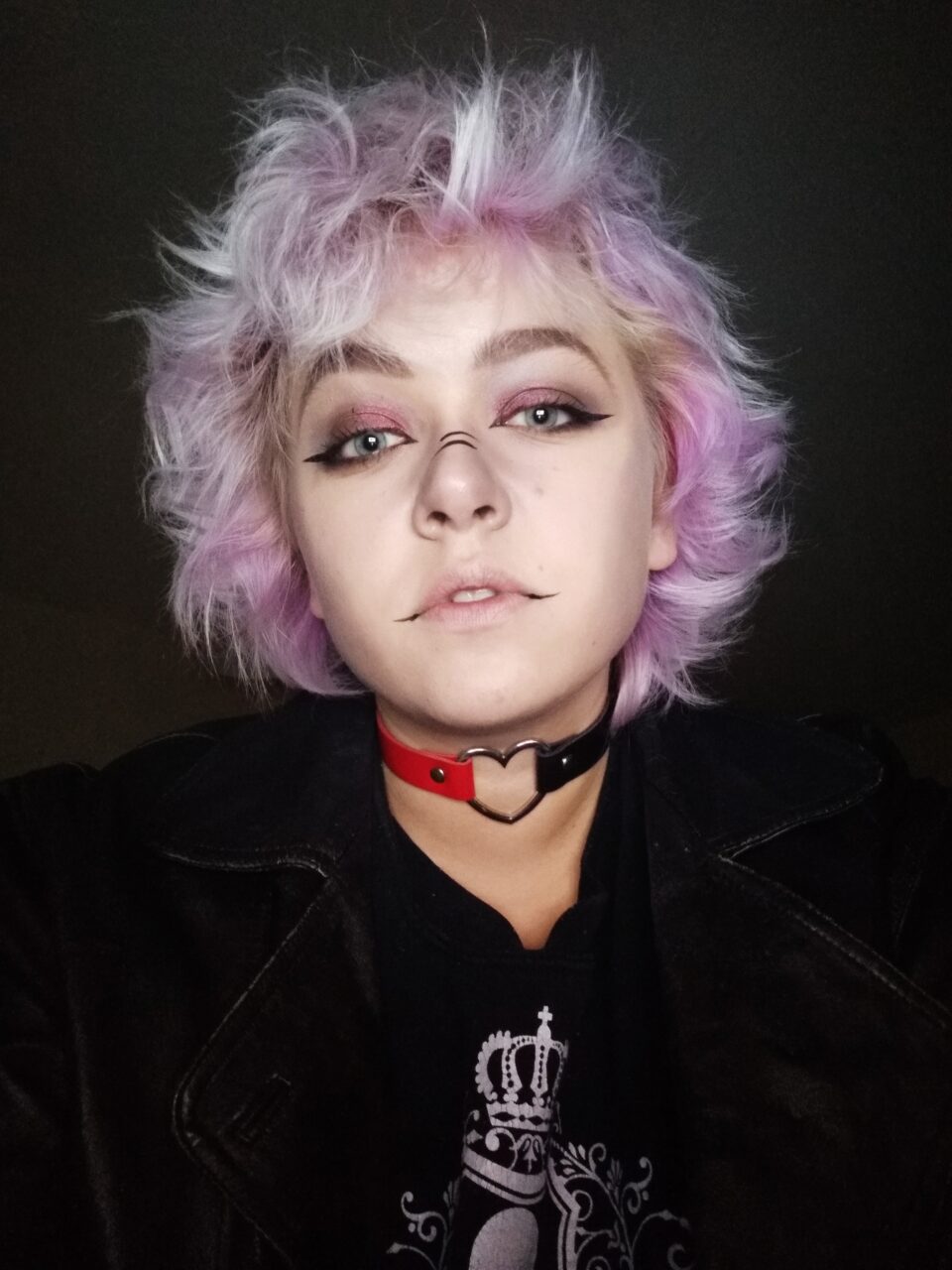 people. So I was missing a form of self-expression that might be outwardly superficial but is ultimately about who I am and who I want to be. This in turn made me perform it more often and more intensely even if only I and occasionally the handful of people that follow me on Instagram or TikTok would see.

On the other hand though, the lack of social exposure, and with it all the pressure to conform that comes with it, weakened its grip on me. Not being around people who I suspect would not be a fan of some of my more alternative looks meant that there was no reason anymore for me not to try them. I’ve never been someone who let what other people thought of me stop me from doing what I want too much but it is foolish to assume that I was completely immune to any social pressure or beauty standards. And thus, alone in my bedroom, I felt empowered to try out a range of alternative make up looks, as well as experimenting with edgier and more masculine styles, some of them as part of cosplaying male characters (with fake facial hair and everything). I don’t think I would have leaned so far into it if I would have been more concerned with whether people thought I was pretty or attractive.

I was not surprised to hear of so many people (mainly on TikTok) that during the lockdowns felt less pressured by gender norms and discovered that they wanted to present less in line with their assigned gender or use different pronouns or outright realised that they are not, in fact, cisgender.

While I’m not a psychiatrist, I also believe that the fact that I intuitively started presenting edgier (as opposed to just generally less conforming) could very well be a manifestation of the desire to be stronger and scarier in the face of a difficult, intimidating year where being soft and appealing just didn’t cut it.

Considering all this I think this might be one of the very few things about the often heartbreaking isolation and difficult situations we have all gone through in the last year that is, ultimately, beautiful. I believe I have learned a couple things about myself and how I want to be seen and I cannot wait to fully re-enter society more in line with that and with a newfound confidence.

Struggling to Lose Weight? How to Spot the Signs of a Fad Diet