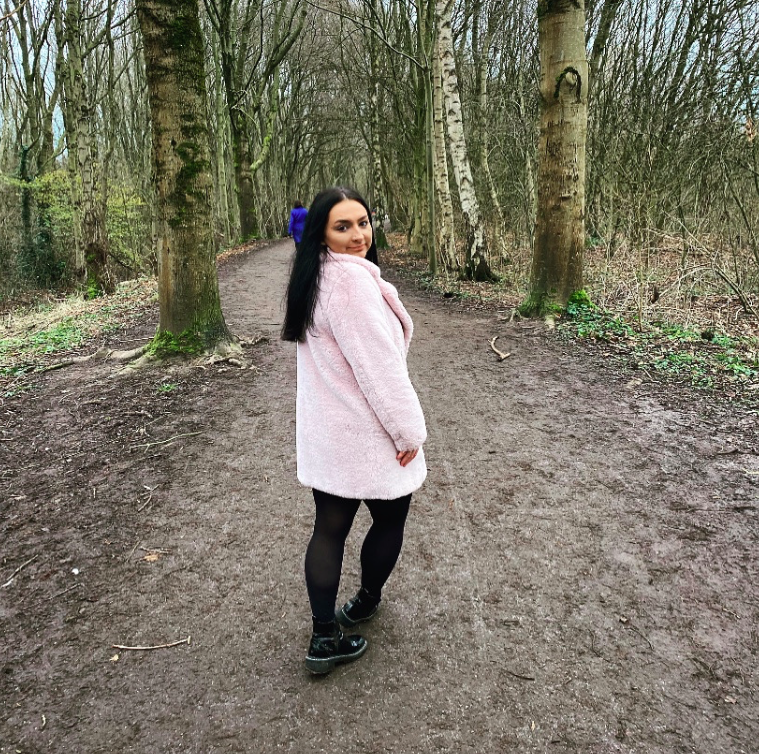 [Picture: Walking away from negative energies]

Are you ready to shake off the fake friend you hung out with last year, that actually made you feel awful about yourself inside? Are you sick of walking on eggshells around an extremely volatile friend who you dread meeting up with? Well this article is for you.

The word ‘toxic’ is often overused and you’ll probably agree with me that there is a huge difference between having a friend you find annoying or selfish at times to having a full-blown toxic friendship – but hopefully this list will help you identify some toxic relationships in your life. If the same person keeps coming into your mind as you’re reading this article, then they’re probably the person you need to cut out of your life.

Of course, it’s important to be kind and also not walk out on the lives of people who may display toxic behaviours due to being victims of abuse, violence or addiction. However, keeping hold of the friendship is not going to help you live your best and most authentic life.

Here are my top tips on how to spot a toxic friendship, and what to do about it …

Listen to your gut

There are many signs in this list that a friend is, or is becoming, toxic. However our natural gut feeling and intuition is always a good start for identifying if something is wrong. “Trust your vibes, energy doesn’t lie”

You dread seeing / speaking to them

If their name pops up on your phone and it gives you an instant sense of dread, then it’s your gut telling you not to talk or spend time with that person. If spending time with them feels like a chore you have to do, this person is clearly not bringing any happiness to your life and is a waste of your time and energy.

Whether they’re a full-on compulsive liar, or they just tell little lies to gain sympathy or attention, lying is always a red flag.

They hate your other friends

Toxic friends are often very jealous and they’ll be extremely envious of your other friendships, in particular siblings or close friends from childhood. This is because although they can get close to you, they’ll have never known you as long as these people have. They might even be doing things to break down the bonds you have with other people.

They have double standards

It’s one rule for you and another for them. If you cancel plans with these friends they may guilt you and make you feel like a terrible friend. But if it happens the other way round, they won’t see any problem with it at all.

Drama follows them around and, subsequently, follows you around too

Toxic people attract toxic situations and situationships. Have you ever noticed it’s one thing happening after the other with this friend, and their life never seems to be harmonious and peaceful? The common denominator is almost always them.

You wouldn’t put it past them to sleep with your ex, bitch about you behind your back, or tell the boy you like that you’re unavailable. They won’t always have your back when you really need them too, and won’t always have the kindest words to say about you.

They argue with you

Unlike other friends, toxic friends are not afraid of confrontation or arguments. Toxic people can often be very insecure and seek validation from things like boys, friends and likes on social media.

Your other close friends and family don’t like them

It’s a red flag when the people you’re closest to don’t like the same person. They might just have a gut feeling, or they could also be seeing how you change when you’re around this person. Mother knows best.

You aren’t your best self when you’re with them

If you find your conversations with this friend involve a lot of gossiping, and being mean about other people, then hanging out with this person is not making you the kindest and best version of yourself that you can be. Also, if you notice they’re talking in negative ways about other people, it’s very likely they will also talk about you in this way.

You’re embarrassed about their behaviour when you’re together

You cringe as they’re rude to the waiter, or they make your new beau uncomfortable by probing them with embarrassing questions. Toxic friends will often be insecure people and putting other people down or making them feel small, will make them feel better about themselves. You also might find them putting you down and making you feel small.

They’re competitive against you

Healthy friends are happy and supportive of one another’s achievements. Notice who’s there celebrating with you when you’ve received good news, got a promotion or received a top grade on an assignment. Your toxic friend is more likely to shift the topic of celebrations on something to do with them, rather than celebrate with you.

They give you bad advice

Listen carefully when you’re drunk and want to call your ex to who is telling you to “go for it” and who is literally snatching your phone off of you. A toxic friend doesn’t give good, honest or genuine advice, in fact it’s part of their competitive nature that they might actually want to see you embarrass yourself or fail at something.

How to end a toxic friendship…

Be honest with yourself and with them

Tell them you don’t want to be friends anymore, and express your feelings why. Attempting to phase them out, or ghosting them altogether doesn’t make you much better than them.

Unfollow and remove them on social media

You’re bound to have had some good times with this person, but don’t feel like you have to hold onto the entire friendship just because you’ve had good times. If they change their ways and you become friends again in future, then maybe you can rebuild a friendship but, for now, it’s important to keep the happy memories and try to move on with other friends to make more. I am a big advocate for removing friends and people on social media who you aren’t actually friends anymore. And I don’t take offense if someone does it to me. If you don’t talk or have any contact with someone apart from a facebook friendship, are they really your friends? Stalking and comparing yourself to people you don’t know anymore is not healthy for your own mental health, and why should you give these people the satisfaction of stalking you?

Make new friends and reconnect with old ones

Your toxic friendship may have destroyed some of your other friendships. So reach out to them and get back in touch. Similarly to when we go through a break up, one of the first things a lot of us do is get back on tinder and start swiping. As humans we need interaction and friendships are a big part of that. So just because you’ve ended this friendship, don’t feel like you’re never going to have friends again. It’s the perfect opportunity to start a new hobby and make a new friendship.

You’ve just left a toxic and draining friendship, where you’ve probably been doing everything for that friend and putting their needs, wants and desires above your own. Now it’s time for you to love yourself! Do what you want, spend time with the people you love, and look after yourself for a change!