When TS Eliot’s hustle and bustle was done, Lloyd Webber’s work was but hardly begun 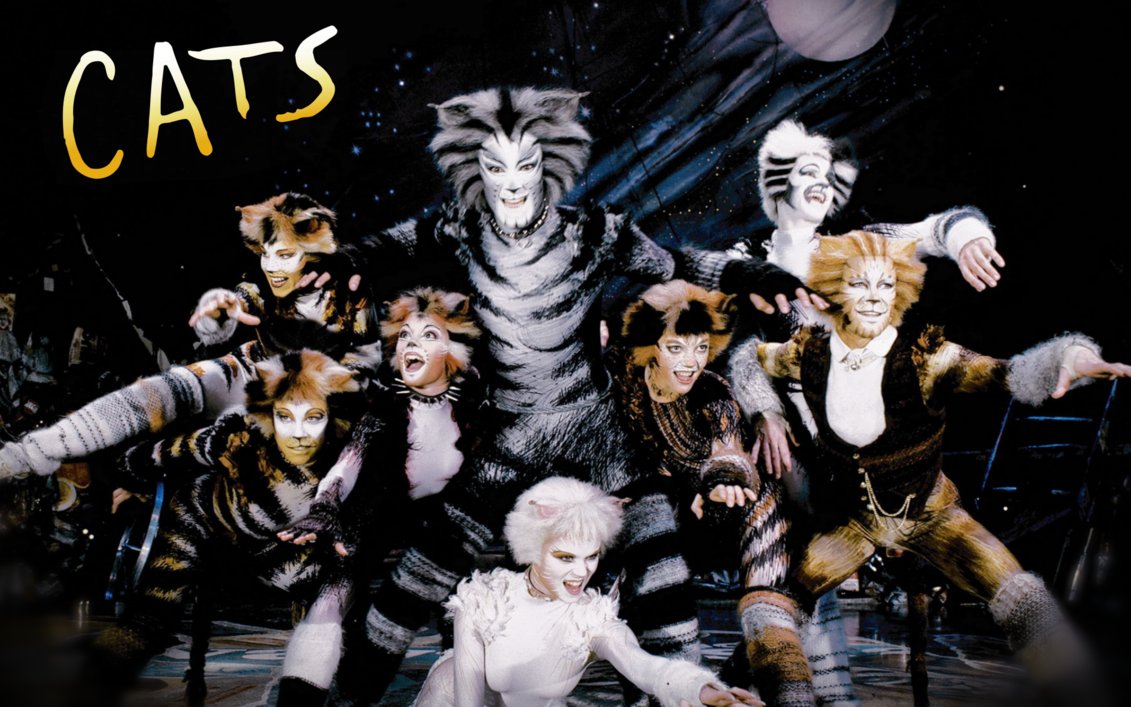 On Christmas day in ‘98, as Britney’s neon pedal pushers (you know you bought a pair!) shone brightly on my wall, I was not the only ‘90s kid to get my paws on a really useful copy of Andrew Lloyd Webber’s musical, Cats – on video!

The musical score was born when Sir Andrew Lloyd Webber set TS Eliot’s poetry collection, Old Possum’s Book of Practical Cats, to a musical score. The decision of the Really Useful Group, the theatre and media company founded by Sir Lloyd Webber himself, to release the musical on video in 1998 was not a response to any overnight phenomenon of the musical’s popularity. Almost the entire decade was a golden one for Cats. In 1991, the musical celebrated ten years on stage at London’s West End and the following year marked its 10th anniversary on Broadway. It enjoyed a long run in theatres all over the world throughout the 90s, becoming a huge hit in Berlin.

In Eliot’s endearing collection, each poem describes one single cat or feline scenario such as ‘The Naming of Cats’ and ‘The Jellicle Ball’, which are both depicted in poems of the same name. Unlike the majority of Lloyd Webber’s stage hits, the musical numbers in Cats do not punctuate the thread of a drawn-out story. Instead, this production follows the format of the TS Eliot work upon which it is based; one song per character, each being performed independently of one another, without any dialogue to connect the outgoing storyline to the following one. Given that this easy- to-follow format was also available on a video that could be paused (paws-ed?), no wonder the home-viewing was so popular among ‘90s children. Our short attention spans sent the copies flying off the shelves.

These poems set to music are sometimes melancholic, such as the ‘trademark’ number of the performance, the nostalgic and lonesome Memory, which Elaine Paige performs in the 1998 video performance as she did in the original London Cast. This song is based on the poems Preludes and Rhapsody on a Windy Night. Other numbers are wild and even mysterious. Those poems that Eliot wrote from the perspective of a human narrator observing felines Lloyd-Webber adapted into a performance of cats describing other cats. These include Magical Mr Mistoffelees, The Old Gumbie Cat, which contains the famous line “when the day’s hustle and bustle is done, then the Gumbie Cat’s day is but hardy begun”, and Macavity: The Mystery Cat, “There never was a cat of such deceitfulness and suavity”. The latter was originally a very long poem which Eliot may have written from a cat-hating policeman’s perspective.

Both the poetry collection and the musical appeal to their readers and audiences due to a large dose of anthropomorphism; giving human attributes to animals, as perfectly demonstrated by Disney films. Ability to identify the cats with people from life is certainly what rendered the music even more fun for theatregoers of the nineties. Macavity is an evil Sherlock Holmes, The Old Gumbie Cat, “her name is Jenny Anydots”, an eccentric matriarch and Munjojerrie and Rumpelteazer (the latter played by Bonnie Langford in the original London cast!), are the feline Bonnie and Clyde. The Paige-famed Memory is a moonlit soliloquy, a talking furry head set to music, delivered by ageing cat Grizabella. Once a real glamour puss, she now finds herself old and lonely, her good looks continuing to fade. Her youthful days of partying and joy are over, just a ‘memory’, and she now desires a new way of life and friends in order to help her live out her days. Although this tale of the loss of youth is most famous as a female-delivered piece, there exists also a male version. The molly (female cat) bemoans “I was beautiful then”, while the tom cat remembers “life was beautiful then”.

The popularity of the poetry-inspired musical and its appeal to children was likely the inspiration for the 1997 collection of poems by Liverpudlian poet Roger McGough entitled Bad, Bad Cats, a huge literary hit among young 90s bookworms that flew off the shelves at Scholastic book fairs. (Ah! It’s all coming back now!) Although it is a shame that TS Eliot died way before the musical was staged, Lloyd Webber popularised and artfully commercialised his work in such a huge hit that secures, for decades to come, the popularity of this landmark Anglo-American poet for the man in the street. And his cat.