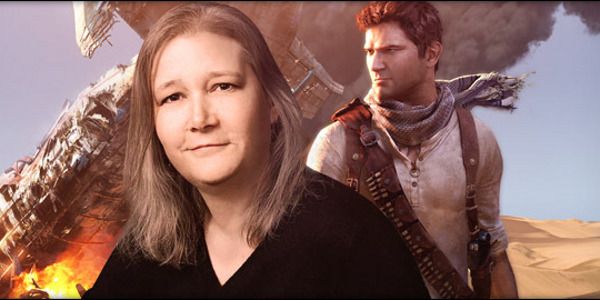 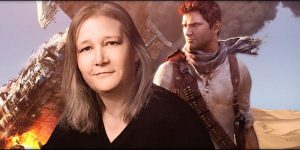 When it first surfaced that Amy Hennig had left Naughty Dog, earlier this month, I couldn’t quite believe it. My favourite writer, of my favourite game leaving my favourite games company. It was upsetting news, certainly with Uncharted 4 on the horizon; what was to be the future of Nathan Drake?

And then came the rumours that Amy had been forced out by fellow Naughty Dog directors, and duo behind the Last of Us, Bruce Straley and Neil Druckmann. Naughty Dog has of course denied the rumours with co-Presidents, Evan Wells and Christoph Balestra, releasing a statement which wishes Amy luck with the future and which defends Straley and Druckmann. This is all fine and at the end of the day you wouldn’t expect Naughty Dog to say “Yes, they forced her out”, but the lack of reason for her departure does leave you questioning. However, whatever has happened has happened and the most important thing really is that Naughty Dog continue to make the very best games as they always have and that Amy gets the recognition she deserves for her work over the last decade.

After graduating from the University of California, Berkley with a degree in English Literature, Hennig went on to film school. However, she soon dropped out and joined the gaming industry as a freelance artist working on an unreleased game for the Atari 7800 – quite the unexpected career path.

She spent her first decade in the industry mostly working as an artist or animator and landed the lead designer role at EA for Michael Jordan: Chaos in the Windy City. Amy slowly started to build up her reputation within the fast-growing sector and started to take on producer and director responsibilities at Crystal Dynamics. It was here where she worked on the popular Legacy of  Kain series; the franchise with which her game writing career begun.

In 2004 she joined Naughty Dog as a creative director, pulling together all of the skills she had developed over the years ready to lead a team in gamemaking. Amy was a part of the team that worked on the popular Jak and Daxter series before penning what has become one of the Playstation’s biggest franchises; Uncharted.

The three Uncharted games are perhaps Hennig’s best and most notable work to date and have received praise from not only the video game industry but the wider entertainment world. The game’s second instalment, Uncharted: Among Thieves, not only earnt Naughty Dog awards from across the world but Amy picked up two Writer’s Guild Awards for her work on the game.

In an industry dominated by men, Amy has been cited multiple times for being an influential woman within the gaming world and was named in Edge Magazine’s Top 100 Influential Women in Gaming list.

Perhaps the most loved aspect of her writing style is how she really puts the emphasis on the game’s story. Uncharted has been likened to being a ‘playable film’ on multiple occasions for not only its stunning graphics but it’s dramatic, well-padded, narrative. She has criticised other games for focusing too much on the graphics and believes that the way for video games to improve is for writers to focus on their creative expression.

Her narrative-driven style of work is something I have come to admire the most about Amy. The high calibre writing in her Uncharted franchise rivals, and often surpasses, that of major Hollywood blockbusters. Games have started to follow suit (The Last of Us in particular) and I really believe that the best is yet to come from Amy and her writing talents!

Her departure from Naughty Dog looks likely to leave Straley and Druckmann to take over the upcoming Uncharted 4 development and whether they can live up to her is yet to be seen. Amy’s future in the video game industry, on the other hand, is something that I definitely cannot wait to see.