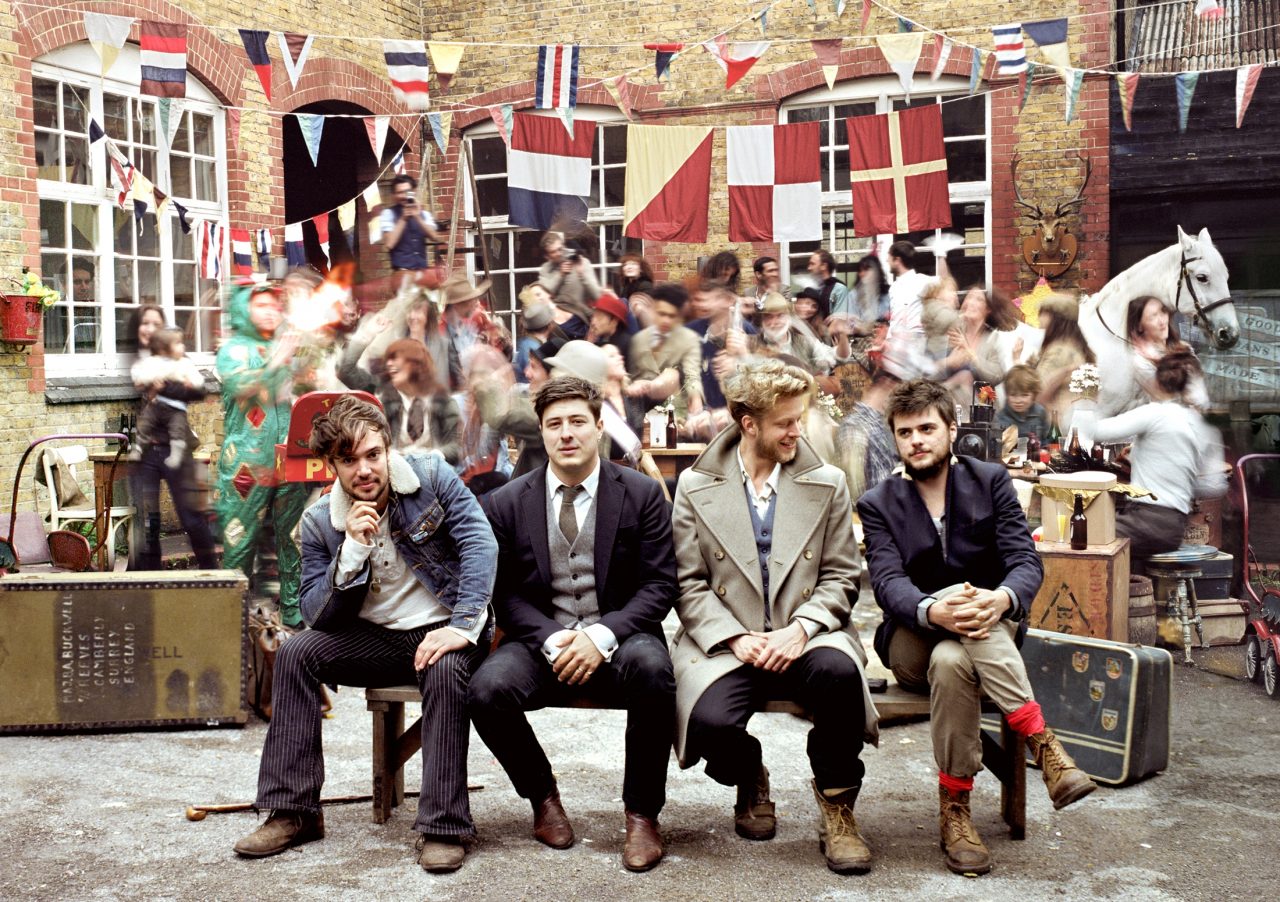 Released 21st September, Mumford and Sons’ long awaited second album, Babel, has smashed 2012’s sales records worldwide, becoming the fastest-selling album of the year in the US, which is no mean feat for any band. Within the album, there is an endearing assimilation of bluegrass, Irish folk, gutsy strumming, and interesting cross rhythms associated with classical composers long dead.

For strong yet simple harmonies, “I Will Wait” is the most recognisably ‘Mumford’, but the best for me is “The Boxer”. A bonus track on the ‘deluxe version’ of Babel, it features Jerry Douglas and Paul Simon. It appears on Douglas’ album, The Traveller, too, and combines the smooth sound of Douglas, the ingenious wordsmith Paul Simon, and the rustic folk vibe and harmonies of Mumford and Sons. One of the most charming elements of their first album was the unrehearsed, choppy nature of it. This has been preserved somewhat for Babel, but it has unfortunately acquired a colder, polished effect to some of the songs.

However, aside from a typically catchy tune or two, they’re suffering from second album syndrome. Perhaps take two is never as good as the original, or perhaps the style of the music makes most of the numbers too similar.

It doesn’t feel like they’re letting us, the audience, in very much. It might be that, unlike folk-pop greats like Joni Mitchell and to an extent, Paul Simon, they seem uncomfortable to engage with any current subjects; there are no politics, personal opinions or protest.  A missed opportunity to do something meaningful.