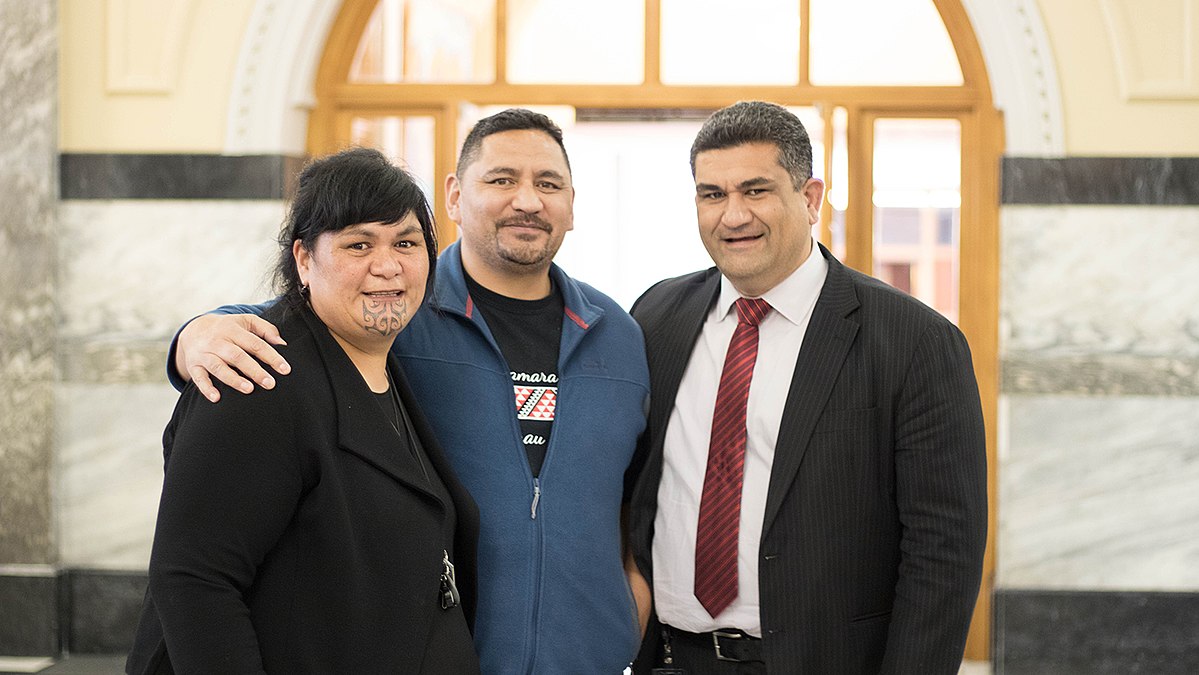 Photo of (from left to right) Nanaia Mahuta, Gannin Ormsby and Paul Eagle, by Nevada Halbert (CC BY 2.0)

Jacinda Ardern was sworn in for a second term on Friday (6th November) after a landslide victory where her party (The Labour Party) managed to win 50.01% of the votes gaining one more seat than last time making her party have 65 seats in the 120-seat assembly. This is the first time any party in New Zealand has received a majority of votes in 69 years. The opposition will consist of 33 National MPs, the lowest number since the 2002 election with them losing 22 seats in this election. The Māori Party was also successful as they gained two MPs which is higher than their predicted gain of one. This election of new ministers means that there has been a cabinet reshuffle which has resulted in the 20-strong cabinet now having eight women. Ardern has referred to here cabinet as “incredibly diverse” with former Finance Minister Grant Robertson named deputy prime minister who is the first openly gay person to hold this position. She has also appointed Nanaia Mahuta who has been appointed Foreign Minister and is seen to be wearing a “moko kauae” – a traditional sacred Maori tattoo on her chin (in 2016 she was the first woman in parliament to display this sacred tattoo).

Mahuta was taken by surprise when she was offered the position saying, “It’s one of the portfolios where you’d love to make a contribution but it’s highly contested, so it was on my long list,”. Radio New Zealand (the National Broadcaster) called her appointment “one of the biggest surprises of the cabinet reshuffle”. Mahuta is 50 years old and has already had a long and varied political career having been in parliament for 24 years holding positions such as trade, customs, Māori affairs and youth development. She is quite a reserved woman and likes to keep a low-profile avoiding gossip and scandals saying, “I’ve learnt what to worry about and what not to worry about – I don’t want to be distracted,”. She became New Zealand’s first female foreign minister and second Māori one too. Mahuta explains the importance of her role as a representative of both these groups:

“It’s satisfying to be given the opportunity to serve in a way we can lift the glass ceiling, in offices that have often not been open to women,”

“And importantly blaze a trail that can be different and unique, and carve out a real sense of opportunity as a country, but also for Indigenous people … So that’s what I am going to do.”

Her appointment is met with great enthusiasm from others including the Māori activist Tina Ngata who said it is:

“Well overdue that we have a wāhine Māori step into this role.

“Having someone with the connections and commitment to Te Ao Māori comes with an expectation that we will no longer be left behind in these discussions.”

Support has also come from Joanna Kidman, professor of Māori education at Victoria University of Wellington, who says that “the appointment of Mahuta could lead to a new, Indigenous-influenced way of conducting New Zealand’s international affairs.”

When asked how she will deal with her new-found role in the ever-changing climate of our society she simply said: “I’m going to put my head down and work things out… I’ll throw everything at it.”