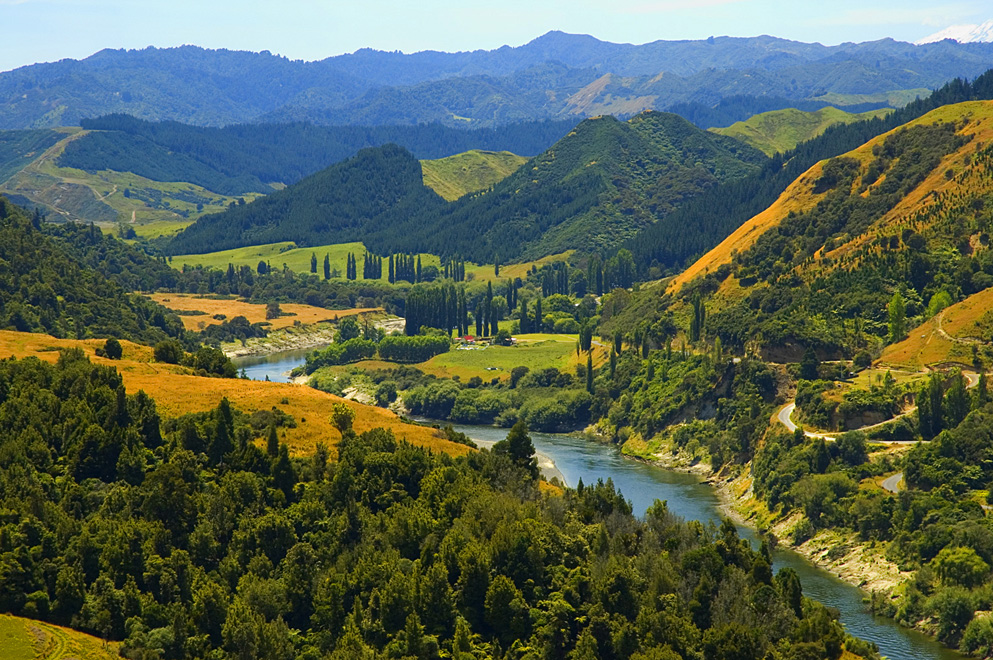 In a legal system, a non-human entity can be granted the same rights and responsibilities as a person. This is a not a new occurrence, as corporations have been historically granted legal personhood status. What is new is the designation of an ecological entity, in this case a river, as having legal personhood as granted by the Aotearoa/New Zealand government in 2017. The Whanganui River is now legally known as Te Awa Tupua, which means an integrated, living whole from the mountains to the sea. This acknowledgement of the river as a legal living entity is a recognition of the Māori’s cultural, legal, historical, and spiritual relationship with the river as well as a non-monetary based valuation of nature.

The river in question, the Whanganui River, is located in the North Island and flows 290 km from its source on Mount Taranaki. The main group that has been at the forefront of the fight over the rights to the river are the Te Atihaunui-a-Paparangi, the Māori tribe of the Whanganui River. The Māori people are the Indigenous Polynesian people of Aotearoa/New Zealand who were colonized in the 19th century by British forces.

This colonization of Aotearoa/New Zealand resulted in the 1840 Treaty of Waitangi between the British crown and Māori chiefs which has been a source of high contention since its enactment. Due to various factors, both cultural and legal, the British and Māori versions of the document contained very different legal rights and responsibilities. Some potential factors that may have contributed to this occurrence was translation issues, the use of British legal terms, different ontologies and perceptions of nature, contrasting views of the relationship between humans and non-humans, and the fact that the document was drawn up within the British legal system. It is also important to consider the intentions of the British government, as it was a tool of colonization as it has been suggested that the British colonists may have mistranslated the document in order to secure agreement.

Due to the differences in interpretations of the treaty a tribunal was established in 1975 to resolve the arguments and appease public concern, and all government policy and legislation was required to follow Treaty principles. Claim 167, later known as Wai 167, was brought by the Te Atihaunui-a-Paparang with the purpose of asserting their rights over the Whanganui River and was granted by the tribunal in 1999, which recognized their ownership of the river. After further negotiations the river was declared a legal person “Te Awa Tupua”, overseen by Te Atihaunui-a-Paparang the government.

The concept of extending legal personality to a natural object is not new, but this idea did not garner traction globally until the last decade or so. With more attention on conservation and environmental management in the face of climate change, many governments and organizations worldwide started to recognize more creative systems of environmental governance. While New Zealand’s decision to grant the Whanganui River legal personhood was focused on reconciliation and reparations with the Māori tribe, this legal process could be used in other instances to protect environmental areas from commodification, environmental degradation with no way of seeking retribution, and overall exploitation.