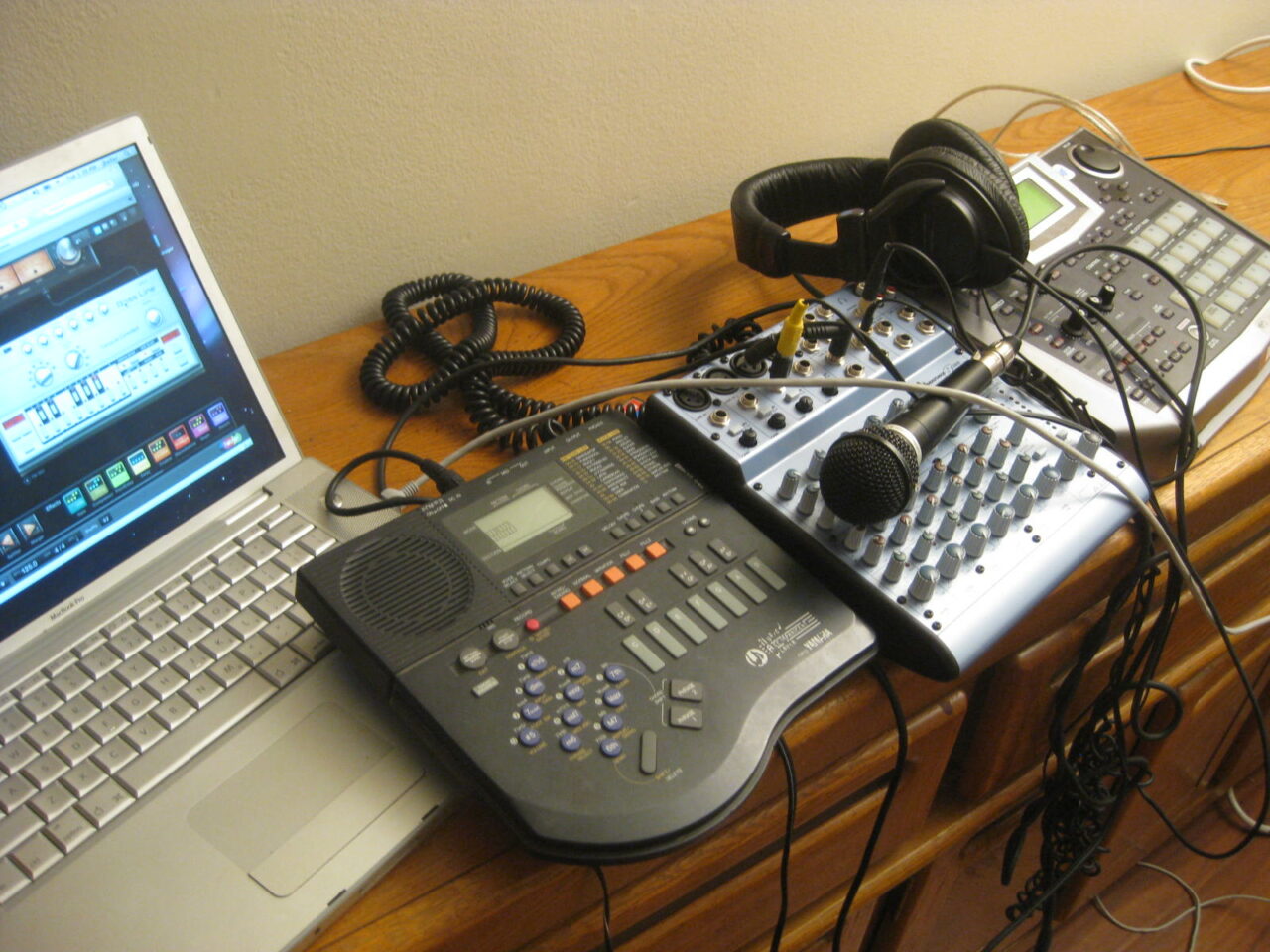 It is, in some respects, a paradox that much of the most culturally important and arresting modern music is often comprised heavily of already-existing recordings repurposed in a new context. Hip-hop is now firmly ingrained in popular music, a staple as much as rock or R&B. Electronic artists from Daftpunk to Burial are also dependent on the re-use, or sampling, of material to create the distinctive atmospheres or hooks of their music. A style of music almost totally dependent on sampling is “Plunderphonics”, with artists such as DJ Shadow and The Avalanches creating albums based entirely off collages of samples.  Sampling has undoubtedly changed over the years, with the increasing use of digital technology making samples easier to manipulate coming alongside legal changes that have made some samples more difficult to grant permission for, but the first examples of sampling could be found in the late 70s and early 80s. Of course, this could be disputed. Rough applications of a similar concept could be found in the manipulation and collage of tape recordings. Such a style was termed “musique concrete” and stemmed from the experimentations of Pierre Schaeffer, who coined the term, and avant-garde composer, Karlheinz Stockhausen. It appeared in some of the rock of the late ’60s, probably most notably in the chaotic “Revolution #9” on The Beatles’ “White Album” and The Mothers of Invention’s early records. This was often deliberately disorienting, eschewing any traditional sense of melody or rhythm

By the late 1970s, however, this concept had become integral to the development of a new genre of music which used samples in a less experimental, if ultimately perhaps more subversive fashion. Early hip-hop largely comprised of the instrumentals of disco or funk tracks being rapped over. The most obvious early example was 1979’s “Rapper’s Delight” by Sugarhill Gang, with the backing of Chic’s “Good Times” being used. Such a sound was at the time a massively liberatory prospect for particularly black American artists, no longer under the same constraints as the huge funk, soul and jazz ensembles of the 1970s. Even one of the largest black artists of the ’70s could be found indulging in sampling on Stevie Wonder’s “Journey Through The Secret Life of Plants” from the same year. Sampling also developed through the same arty, more experimental rock artists likely to have been drawn in by tape manipulation. The arrival of the Fairlight CMI in 1979, a synthesiser and sampler with an enormous price tag. Such technology found its way largely into the successful artists of the decades before and after, with records such as Peter Gabriel’s “Melt”, Kate Bush’s “The Dreaming” and the numerous pop albums produced by Trevor Horn of The Buggles featuring the Fairlight. Another early sampling artist was Japan’s largest synthpop band Yellow Magic Orchestra. Albums such as 1981’s “Technodelica” created some of the most uncomfortable and inhuman takes on the genre, partly through extensive and quite eclectic sampling.

Two artists also introduced to such sampling techniques in that time were Brian Eno and Talking Heads’ David Byrne. Both were among the most adventurous and exciting artists of the time, with Eno having spent the past decade innovating whether in the wailing synth freakouts of early Roxy Music, the soothing ambient music he pioneered, the avant-pop masterpieces of David Bowie’s “Berlin period” or the hugely influential solo records that foreshadowed post-punk’s experimentation. Byrne too had created some of the most inventive records of the previous decade with Eno and the rest of Talking Heads, culminating in 1980’s “Remain in Light”, a colossal commercial and artistic triumph for both. The next project of both was a collaboration that was even more experimental than the challenging “Remain in Light”. “My Life in the Bush of Ghosts” was based heavily on samples from several sources largely characterised for their expressions of faith and religion. American radio evangelists, exorcists and Arabic singers feature on the album’s original tracklist, all backed by the funk rhythms, spikey guitar lines and Eno-led sound experimentation of Remain in Light, made even more strange and abstract.

The record is a triumph of atmosphere, with the danceable rhythms clashing awkwardly with the ominous and often strangely humorous samples. In the context of events such as the 1979 Iranian Revolution and the election of the staunchly conservative Ronald Reagan, whose changes to the regulation of television and radio led to a huge influx of Christian conservative radio and TV shows, there is a strange sense of paranoia and insecurity to “My Life…”, with the already angular Talking Heads style ramped up considerably. None of Byrne’s pleading, zany vocals were present on the record, which can make it somewhat relentless to listen to in its less impactful moments, but its highlights are remarkable. “The Jezebel Spirit” is utterly manic, with the exorcist sampled spitting manic fury over the jittery guitar scratches and the sudden thuds of the piano. Opener “America Is Waiting” places the angered voice of talk radio host Ray Taliaferro in a paranoid and menacing context, whilst the opening of following track “Mea Culpa” is utterly cacophonous. Whilst it is certainly imperfect, such a record was both hugely inventive and often very effective, being the first record to place samples at the centre of the music, replacing the vocals as the music’s driver of any sort narrative or overarching theme.

Soon after, samplers by Akai and Korg were released at more affordable prices, only adding to the power of sampling. So many musical movements, whether the harrowing grind of industrial, the hypnotic grooves of trip-hop, or the now culturally vast hip-hop scenes, depended upon the sampling of past artists. The rough charm of the early records has to some extent faded, with samples often far more expensive to use, leading to less of the transgressive experimentation that characterised early sampling, but the spirit of records like “My Life…”  endures, as do later sample-heavy classics from DJ Shadow’s “Endtroducing” to Burial’s “Untrue”.