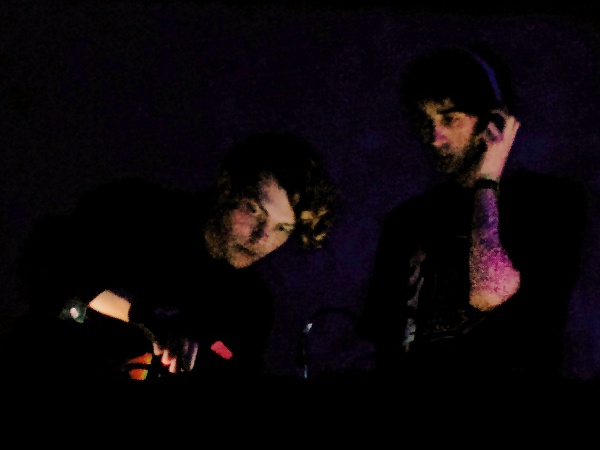 In the late 2010s, there has been an explosion in a new type of pop music. Glitchy, vivid and unashamedly synthetic, upcoming artists like Sophie, Hannah Diamond or more loosely Caroline Polachek, have imbued their pop sound with textures and ideas that couldn’t be further away from pop. Whether the industrial clatterings of bands like Nine Inch Nails or the glitchy, complex “Intelligent Dance Music” of artists like Aphex Twin and Squarepusher, the melodies of pop are contorted into something particularly alien. The experimental impulse driving this is certainly nothing new; pop artists have often found inspiration in strange sources of music.

The 1980s was a rich period for this. The fall from grace of progressive rock saw many progressive rockers move towards pop. This led to albums like Peter Gabriel’s early solo records, eclectic and complex, and the involvement of David Gilmour and others on Kate Bush’s “Hounds of Love” or “The Dreaming”. Alongside this was synthpop’s closeness to the wilder, more hedonistic industrial scene, whether through Soft Cell’s Marc Almond or labels like Mute Records. Along with this were artists like Laurie Anderson who often seemed disconnected from any sort of pop convention, instead coming from the New York art scene.

One of the earliest adopters of these experimental sounds was London label PC Music. Started by Alexander Guy Cook (or AG Cook) in 2013, the label quickly became known for a style of music described by some as “bubblegum bass”. Warping conventional electro-pop into something unapologetically garish, the genre warps much of the most typical complaints about modern pop into its style. The production is not just glossy but almost totally synthetic and the vocalist’s autotune isn’t remotely concealed. Other harsher textures do often present themselves however. The artists also often explore transgressive subjects like gender identity. This was seen best in the genre’s other leading light, Scottish artist Sophie. Her 2018 album “Oil Of Every Pearl’s Un-Insides” combines tense ambience, guttural industrial and sickly sweet melodies into an album of beautiful contradictions that ranks among the scene’s most impressive.

Cook is however the person most responsible for pushing this style of music into the mainstream. His label has provided the sort of environment for the odd experimentation that created the scene, and is also a key part of the scene’s most successful artist. Charli XCX’s last two albums, 2019’s “Charli” and 2020’s “How I’m Feeling Now” have incorporated this style into some of the most popular pop of the last few years. Cook has now released his first two albums, “Apple” and the colossal “7G”. The latter is a good summation of the range of influences behind this style of pop. With 49 songs, grouped into broad groups of 7, some of which could better be described as sketches, “7G” showcases a vast and eclectic range of sounds. The opening 7 tracks, labelled as “Drums”, are filled with skittish, complex drum patterns similar to late 90s Aphex Twin, playful and yet unerringly precise. The next sees Cook’s synthetic take on rock, including a bizarre cover of Blur’s ‘Beetlebum’. The album also turns Sia’s ‘Chandelier’ into something that pulses with even more energy and intensity. Other ideas include ambient soundscapes, piano ballads and harsh industrial basslines.

It is all created with a real disdain for any sort of convention. There is always a feeling that a pretty synth melody will suddenly detune and contort, or that a rhythm will be subverted by a loose drum beat. It is the outlines of the projects Sophie and Charli XCX have made over the last few years, with the influences of those records less hidden. It speaks to Cook’s huge creativity and versatility that he can simultaneously create an almost cartoonishly emotional soft rock ballad before moving into the choppy, volatile soundscapes of IDM without compromising the record’s identity. It all fits into a style of music that manages to be both deceptively complex and irreverent. Its ability to stretch pop tropes to their most absurd yet also layer a range of experimental influences alongside it is the ultimate contradiction of the PC Music sound. Whilst it is arguably at its peak at this moment, “7G” in particular speaks to the wealth of possibilities for this sound.