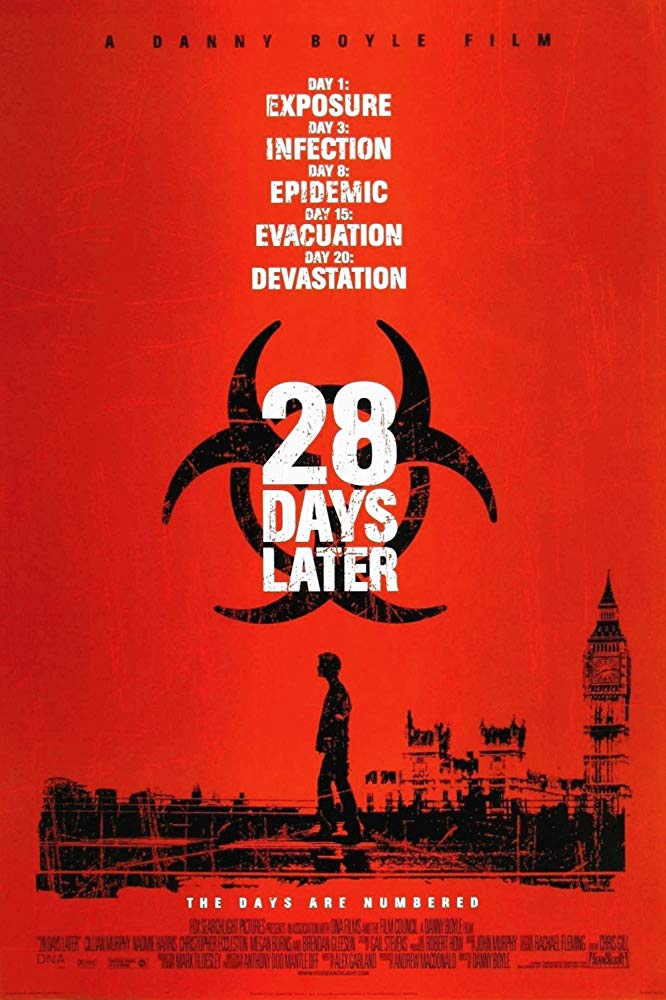 October time means one big holiday, and that holiday is of course Halloween; and with Halloween of course comes horror films. Now I have to admit that I’m not a big fan of the horror genre in general, but when a great one hits it really resonates with me, and the slight renaissance of the genre in the past few years has been a great addition to the industry as a whole. In celebration of the genre I will be counting down my top 5 favourite horror films of all time in descending order from number five down to the greatest. These are not necessarily the greatest five horror films ever made, but just the ones that resonate most with myself, if you would like to submit your own lists, please feel free to contact me and they could make an appearance in the next issue. I must also point out that I have never been a fan of the simple slasher films, or the trend of movies that seem only based on showing us torture porn; there is nothing entertaining to me about a bunch of badly acting teenagers getting slowly picked off in grotesque ways by someone in a silly mask. One honourable mention in this section has to go to the Exorcist as it is by far the scariest film I’ve ever seen, however as I’ve never actually been able to finish it I can’t justify putting it on the list. 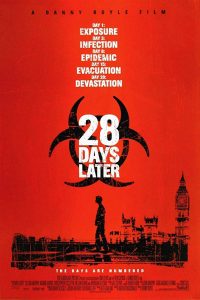 Harking back to the earlier section, my list kicks off with the phenomenal low budget British zombie film directed by one of Bangor University’s own Danny Boyle. This film did for Zombie flicks what Batman Begins did for comic book films. By taking a concept that had become silly and instead making a gritty ‘what if this actually happened in the real world’ approach to a zombie outbreak allowed Boyle to create an even greater feel of dread and terror. Moreover, he creates fleshed out characters that we really form a bond with as an audience, and thus make their desperate flee north for survival all the more gripping. If you haven’t seen this I highly recommend you check it out, because as usual Boyle made a fantastic little film that had a massive impact on the genre going forward in the 21st Century. 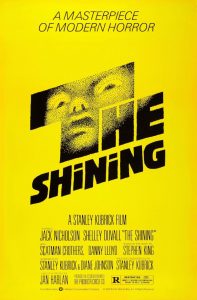 Unless your names Stephen King you’ve probably seen The Shining and thought to yourself that this is a masterclass in suspenseful psychological terror, as Jack Torrence slowly unravels in the halls of the Overlook Hotel. Legendary filmmaker Stanley Kubrick butchered the source material he was using, but in doing so I felt he made a better film as a consequence. The sense of unease and creepiness he creates in the way the Overlook is designed, lit and shot is apparent from the off, and only increases as the plot plays out. This twinned with one of the all-time great deranged performances by the axe wielding legendary actor Jack Nicholson really makes the Shining one of the greatest horrors of all time, furthermore the simple fact that most of you will have more likely seen parodies of this picture in lesser films shows just how great of a lasting legacy it has had on the industry.

3-Silence of the Lambs: 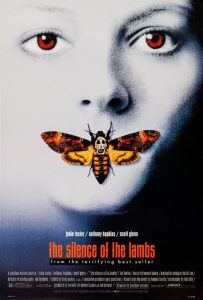 Now I know the main objection many will have about The Silence of the Lambs’ inclusion on this list is the fact that a vast number of people will not consider it a horror movie per say, and would have it more under the banner of a dramatic thriller. Perhaps there is good logic to this train of thought considering I didn’t consider the likes of Seven for this list, even though it is pretty horrific in its own right. However, I couldn’t do a section on my favourite scary movies and not mention it, when I first watched this film I was shaken for days and it still freaks me out whenever I go back and watch it. Despite being on screen for hardly any time at all Anthony Hopkins’ Oscar winning performance as Hannibal Lector is what cemented this film into popular culture as a classic forever more, but its not only this that makes it a great film as everything comes together to form this creepy unsettling mystery that Jodie Foster’s Starling has to uncover. It is hard to say anything about Silence of the Lambs that hasn’t already been said, as it is considered by many to be one of the greatest films ever made, and frankly it is so please do give it a watch if you’ve never seen it. 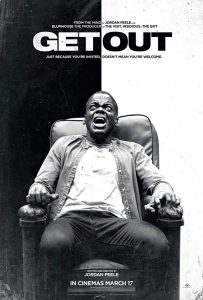 The most recent entry on this list is the film that’s quality shocked me the most when I first saw it, unlike most on this list I had the luxury of seeing Get Out in cinemas when it was first released so it hadn’t yet garnered the glowing reputation that these other classics had. Moreover a psychological horror film made by one half of a famous comedy dual act and starring a bloke I vaguely remembered from playing a side character in Johnny English Reborn hardly screams great movie at you on paper, thankfully however this was a classic case of how you should never judge a book by its cover as Get Out is an immense watch. I’ve used the word ‘creepy’ a lot in this review and it is perhaps most applicable in this case as director Jordan Peele instantly creates a setting, and group of characters that instantly unnerve you as an audience and keep you on the edge of your seats. Going beyond the fact that it’s a great horror with a fantastic plot, you cannot talk about this movie without commenting on how it is used to act as a big feature length metaphor for the inequality and underlying racism in America over the years and still existing today, and how it uses its warped plot to express this underlying theme phenomenally as it brought home a massively positive critical response as well as accolades galore in the awards season. 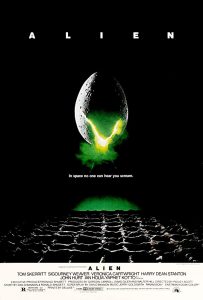 What can I really say about Ridley Scott’s 1979 classic science fiction horror Alien that hasn’t been said hundreds of times before by hundreds of others? We all know that it revolutionised the genre and led to countless movies inspired by its events in the decades after it was released, furthermore the fact that its parodied so often (the chest buster scene even showed up in the earlier mentioned Shaun the Sheep Farmageddon) shows the lasting cultural impact it has had on society as a whole, not just the horror genre. “In space no one can hear you scream” is the famous tagline from the famous poster, but the tense claustrophobic grotty interior halls of the Nostromo is what creates the real terror. This and the entire look of the bleak world in which the story is set help cement Alien’s position as one of the most recognisable and influential movies in history, and the special effects and creature design of Giger helped create one of the most recognisable alien villains in history. Tension and fearful anticipation for what could happen next are in my opinion what makes the best horror films, and I strongly believe that Alien is the most tense film ever made; it will have you gripping the sides of your chair as you shudder to think what might be lurking around the next corner. If you haven’t seen the original Alien I highly recommend checking it out, because even though numerous poor sequels (and one amazing one) have somewhat tarnished the series’ reputation the first film is still an incredible piece of scary cinema, and my favourite horror to date.