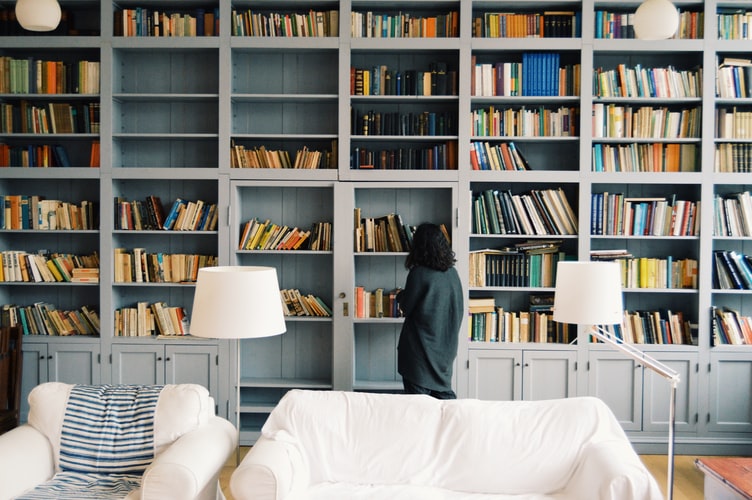 At the end of a groggy year, there is no doubt that we have all arrived at Christmas having spent a lot of time in other worlds, whether it be through music, TV, or books. The arts have been a lifeline to so many of us this year; a helping hand in the most uncertain of moments. Books are always a great solace and comfort in a chaotic world, and as we send gifts to friends or celebrate on Skype, we will all be sharing our favourite reads from lockdown with loved ones. The same will be said for my friends, many of whom will be sick of these recommendations by now, but to share stories is one of our greatest gifts, so here are my top four books of 2020. Maybe you’ll find something here that you or someone you know would love, in which case, have a very Merry Bookish Christmas…

A note before we begin: Only one of the books featured below was published this year. A couple are classics, and these recommendations branch across multiple genres to share something that everyone will enjoy. Time has not aged these texts, and I hope that you find something to immerse yourself in over the winter months.

To Kill a Mockingbird by Harper Lee

Originally published in the 1960s, this is considered by many to be a staple of American literature. We may all think that we know of To Kill a Mockingbird, or perhaps you’ve heard of the plot before, but this really is a classic like no other text from its time. Harper Lee’s debut (and some may argue, only) novel is an extraordinary tale of race-relations and morality in the Deep South of Alabama. Told through the eyes of Scout, a woman looking back on her childhood, To Kill a Mockingbird is a moving tale discussing what it means to be kind, loving and, above all, human in a country engaged in the Civil Rights Movement. Scout’s father, Atticus, is regarded as one of the greatest characters in literary history; a lawyer defending a black man for a crime he has been wrongly accused of. Not only is this a beautifully-written text, but it is an essential read far ahead of its time.

The Black Unicorn by Audre Lorde

Audre Lorde’s extraordinary collection of poetry will shake you to your very core. Perhaps that is all I should say, but for the sake of persuading you to read this, I shall continue. Lorde’s most celebrated collection is rightfully held in such high regard, examining the world as a queer woman with ferocity and finesse. Lorde described herself as a “black, lesbian, woman, warrior, poet”, and her wit and creativity shine through in The Black Unicorn, a collection rooted in the struggles of being a woman of colour in modern America. Navigating an uncertain future, Lorde turns to the past, channeling African myth and folklore, gods and goddesses, to triumph and survive.

Margaret Atwood’s retelling of Shakespeare’s The Tempest is part comedic, part prison thriller, all wrapped up in a Shakespearean coating. The novel, part of Hogarth’s Shakespeare series, follows Felix, a washed-up theatre director, who, ousted from the Canadian theatre festival he works at, seeks revenge upon his colleagues, not through murder or crime, but through crafting a production of The Tempest in a local prison. Filled with dry humour, cunning and wisdom, Atwood’s revision of Shakespeare’s romance shines a new light onto an old play, drawing in audiences who might be reluctant to see such a complicated play. I studied this for a third-year module and fell in love with Atwood’s style. If you’re a fan of The Handmaid’s Tale or The Blind Assassin, Hag-seed is in stark contrast to Atwood’s staple novels, but is one that you’ll never forget.

Maybe I have cheated on this section, as Heartstopper’s first three volumes are published individually, but once you’ve read one, you, like me, will feel the urge to inhale all of Oseman’s graphic novels. Alice Oseman initially published Heartstopper as a free-to-read webcomic, but following its surge in followers, it is thankfully being published in volumes to treasure and adore. Telling the story of Nick and Charlie, two boys who fall in love in school, Oseman’s tale is a beautiful celebration of love in all its forms, shapes and sizes, making your heart swell with joy and causing you to frantically search the internet for more of your new favourite couple. Illustrations in the story are simple, sweet, and contained to black and white, but each page is bursting with colour and excitement, accurately sharing what it’s like to fall in love for the first time. Oseman says there will be at least two more printed volumes, and many other internet updates about Nick and Charlie, but it’s best to get ahead on these now, as there is no doubt you’ll adore this wonderful story.